We've been hearing news of a foldable phone from Xiaomi through nearly the entirety of 2019. A double-hinged device has been teased by the company itself, so we know it's coming, but now we've heard news of yet another similar device from the company – and it's got the Motorola Razr 2019 in its sights.

This news comes from tech site Tiger Mobiles, which uncovered a patent filed by Xiaomi in 2018 that's just become public. It shows a 'clamshell-style' foldable phone, which looks like flip-phones of old with a screen on the outside, but opens up into one big smartphone.

It's an interesting coincidence that this patent has been uncovered just days after the launch of the new Motorola Razr, a similar device from Motorola based on the Razr V3 flip phone from 2004 (except, of course, the new version has a foldable screen inside). 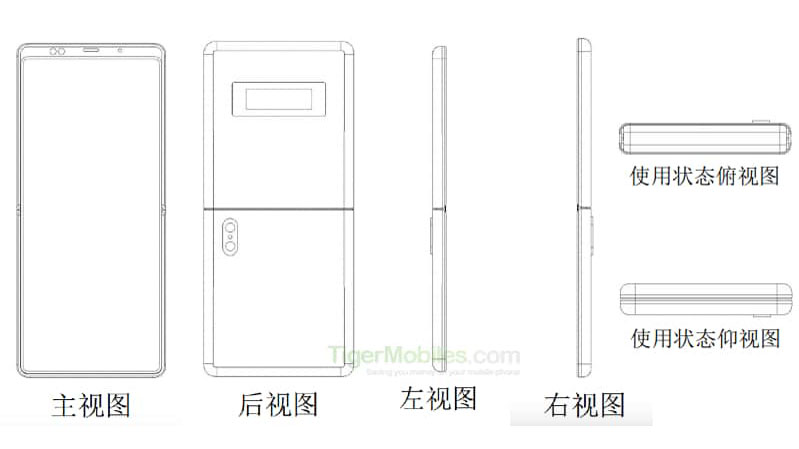 We don't know much about the device, as this patent focuses more on the design of the device than the specs or sizes. We don't even know if it will end up being a real device, as companies often file patents for products they're testing, before they know whether the end result will be a good enough piece of kit to release.

However, given Xiaomi's apparent commitment to foldable phones (with the previously-teased device), and its penchant for quirky devices (the Mi Mix Alpha has a wrap-around screen that takes up the back of the phone as well as the front, and the Mi Note 10 was the first smartphone to have a whopping 108MP camera), it isn't outside the realms of possibility that the company could end up releasing a clamshell foldable phone at some point.

That will be some time in the future, as the patent was filed in late 2018, and it has taken companies like Motorola and Samsung years to create a product that's sturdy enough to be folded regularly, so the Xiaomi clamshell could be years in the making.