It looks like the Windows 10 November 2019 Update, the next major update for Windows 10, could be coming soon… very soon, in fact, with the launch date seeming to be November 12.

According to Windows Latest, the ISO files for Windows 10 November 2019 Update are available on the Microsoft Developer Network, and we reported in October about how reports indicated that Microsoft was prepping the major update for November 12.

It seems like Microsoft is on track to meet that launch date. Previous major updates to Windows 10 have sometimes fallen foul of unexpected delays – last year’s October 2018 Update, for example, ended up getting pulled, and then delayed until much later.

This should hopefully also mean that people who download the new update won’t be faced with any of the problems previous major updates have suffered from.

If you really can’t wait until tomorrow to try out the Windows 10 November 2019 Update, then you can download it early if your part of the Windows Insider program.

It does mean you’re testing early versions of the updates, so there may be bugs or features that wouldn’t normally be found in the final official release. So if you rely heavily on your Windows 10 device and can’t risk experiencing problems with it, no matter how rare, then it may be best to wait. 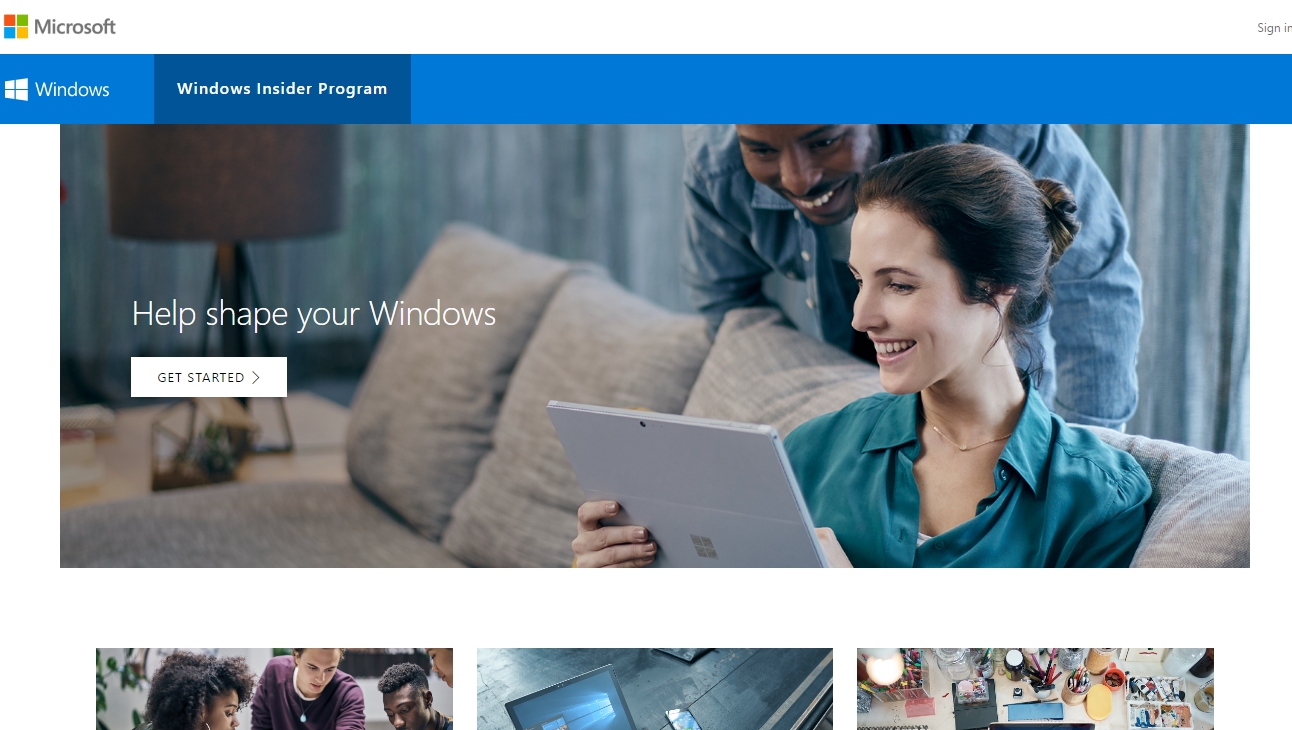 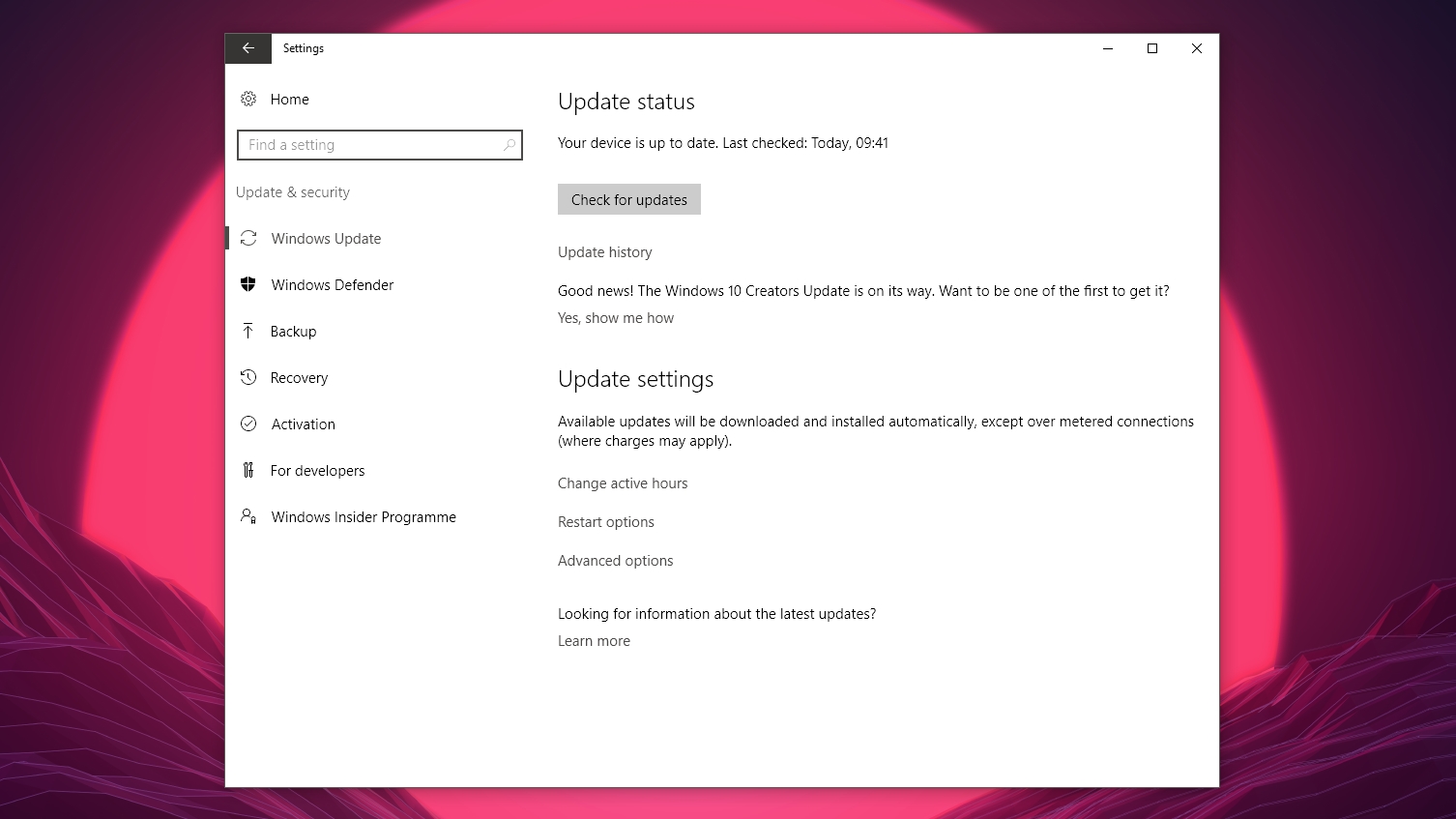 Once you're signed up, open the Start menu and click on the cog icon to load up Settings. Click on ‘Update & Security’, and at the bottom of the window that opens you should see ‘Windows Insider Programme’. Click ‘Get Started’ and a warning message will appear, reminding you that you’re installing an early version of Windows 10. 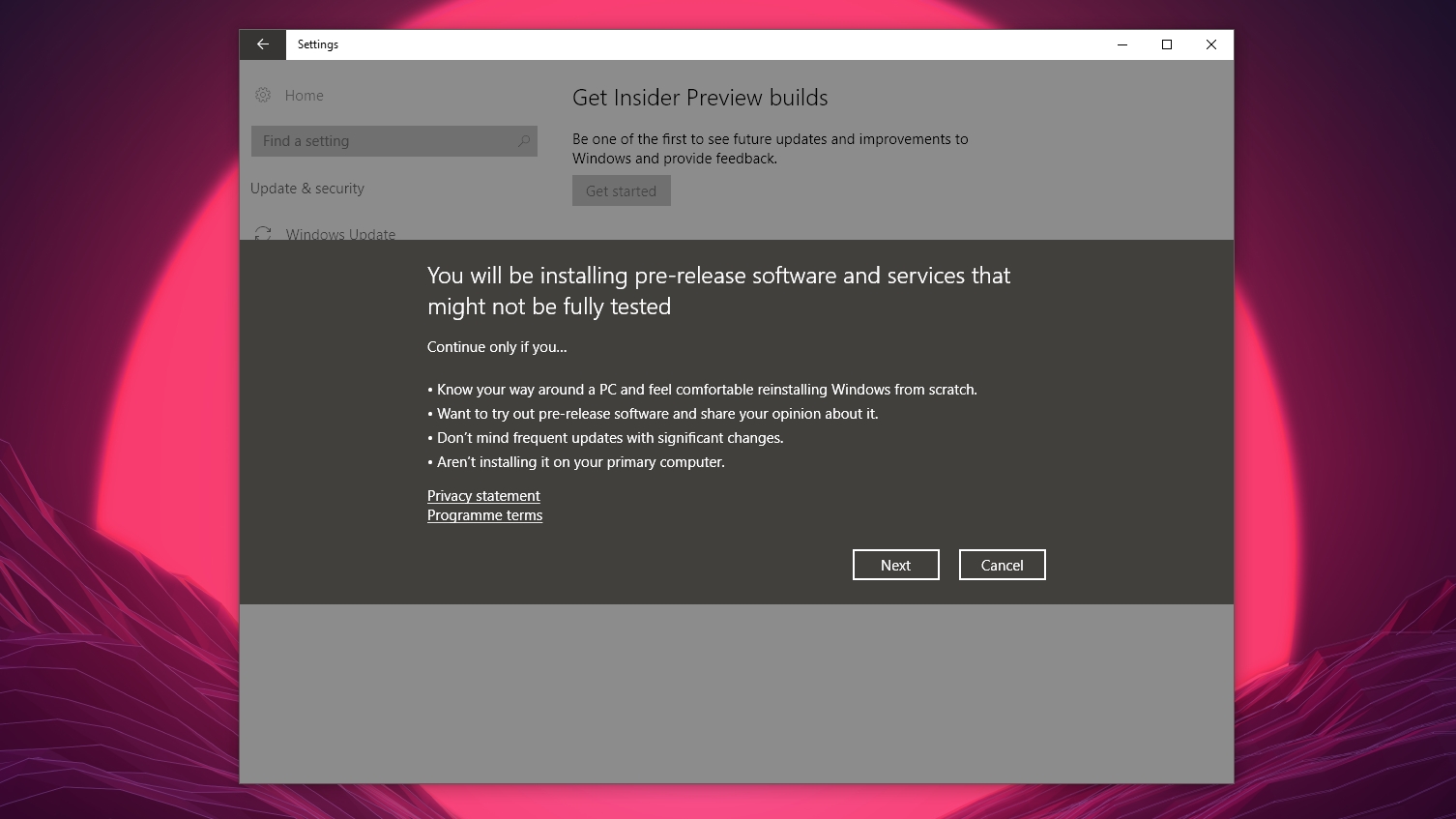 Once you’re comfortable with upgrading to the Windows 10 November 2019 Update, click on ‘Next’, then press ‘Confirm’. Your PC will then prompt you to reboot. Save your work, reboot, then open up the Settings window again, click ‘Update & Security’ then ‘Windows Insider Programme’.

This time you’ll be asked to choose your Insider level. Select ‘Fast’ to get the very latest build of Windows 10.

You should then be alerted that there’s a new update to download and install. Do this, and your PC will install the latest update.