Windows 10 has seen the release of a new preview build to fast ring testers, which includes some interesting changes on the GPU front, as well as an improved Calendar app.

Build 19564 comes with some work on graphics settings in Windows 10, with the user given more control concerning the GPU that any given app uses (on systems with more than one GPU, naturally).

There’s a list of apps you can peruse, all with a preset GPU preference that can be changed if you wish – and if an application isn’t on the list, there’s a facility to add it.

Microsoft has also incorporated a search function (with a filter system implemented) to find a specific app quickly, rather than trawling through the list (handy for those who have a ton of software installed).

This feature will be particularly useful for laptop users who can choose between going for performance or battery longevity with any given app, by specifying either discrete or integrated graphics respectively. Switching away from the discrete GPU with an app will, of course, save power – possibly quite a bit of it, depending on the graphics solution in question. 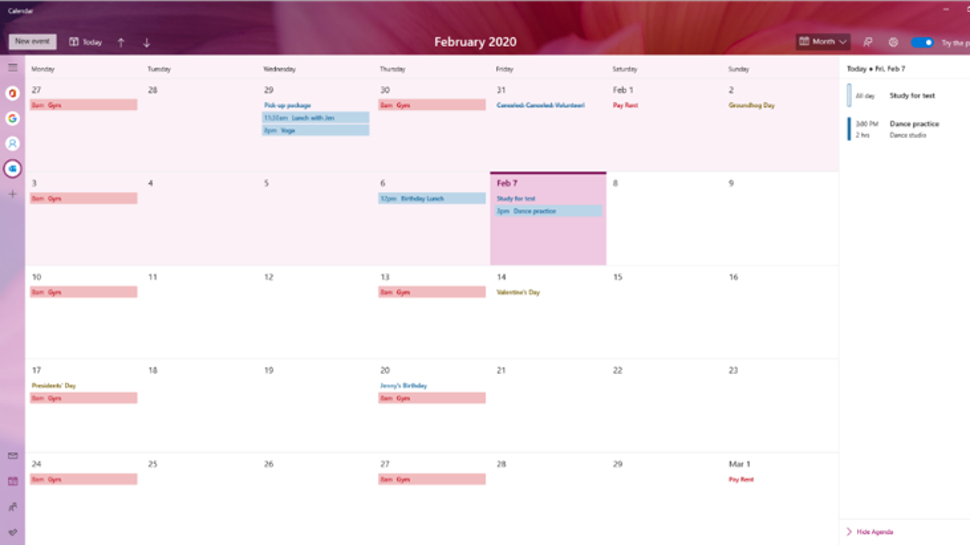 Alongside this, the latest Windows 10 preview build contains a revamped Calendar app, so you can give that a spin.

Notable changes include the ability to peruse in excess of 30 new themes, and it’s now easier to add an event to the calendar. Furthermore, an agenda pane has been added to the month view, allowing you to see all the day’s events at a glance.

Calendar’s account navigation pane has also been collapsed down as a space-saving measure, with your syncing calendar accounts now becoming clickable icons.

Those are the two main changes for build 19564, but as ever, there are a whole host of minor tweaks and known issues to be aware of, with the full details on Microsoft’s blog post.