The Witcher TV series is coming to Netflix in December. It's based on the novels by Andrzej Sapkowski, and the first season is 8 episodes long. Henry Cavill, best known as Superman in Man of Steel, plays Geralt of Rivia. He's a mutated, supernatural monster hunter, who gets caught between two warring human nations: the Nilfgaardian Empire and Northern Kingdoms.

Don't call it a Game of Thrones copy, though – with at least one cast member for The Witcher, Royce Pierreson, saying the comparisons don't hold up to the unique flavor of the show (via Digital Spy). We also have a Game of Thrones prequel show coming anyway to scratch that itch…

When is The Witcher on Netflix?

The Witcher will arrive on Netflix worldwide on December 20, with all eight episodes premiering at once. Netflix usually drops shows at midnight PT/3AM ET – expect that to be when you can start streaming the show.

The Witcher season 2 is official

The Witcher has already been renewed for a second season. Back before it was renewed, showrunner Lauren Hissrich discussed the idea that the show might run for multiple years – so you could see many seasons of The Witcher on Netflix to come.

"We don’t have a second season yet—God willing we will—but right now it’s just about, ‘How do you set up stories that really capture audiences for years at a time?’" Hissrich said at the time.

"The worst thing we could do is put all of our energies just into season one, and not be thinking about where these characters can grow to.”

Cut to the chase:

The Witcher on Netflix trailers: check out the show's final trailer

The Witcher's final trailer gives you an idea of what the show will look like ahead of the full release. Take a look below:

Meanwhile, here's the first trailer for The Witcher that Netflix released. Try not to get too excited:

A shorter teaser was released by Netflix Italy, as seen below. It's only 16 seconds long, and jumps between shots quite fast, but if you want another glimpse of Cavill as Geralt, giant spiders, and some of the medieval fantasy environments, it's 16 seconds of pure Witcher gold. Or silver.

It’s a prestigious production. The showrunner is Daredevil and The Defenders writer Lauren Schmidt Hissrich and Cavill brings measured star power to the role of Geralt – a stoic, wary, and refreshingly nuanced hero, exploring a world that struggles to accept him.

It helps that Cavill is also a massive fan of the series – apparently, he called his agent every day until the role was confirmed (via Vulture). 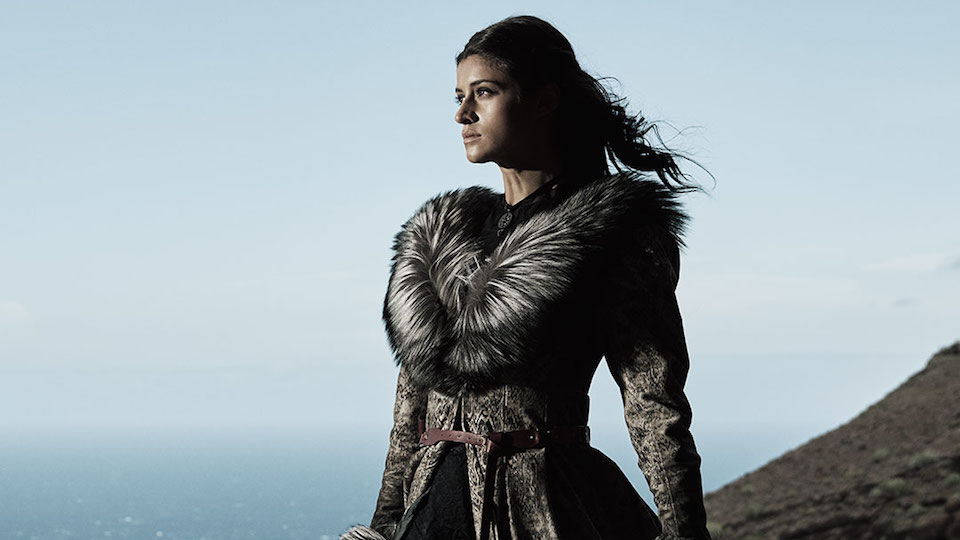 Series author Andrzej Sapkowski is also on board as creative consultant, and there’s direct creative links to the video games, too: CD Projekt Red's Tomas Baginski – the man behind the stirring cinematics seen at the start of all three titles – is earmarked to direct at least one episode.

In terms of characters, anyone who’s read the book or played the games will recognise plenty of faces. 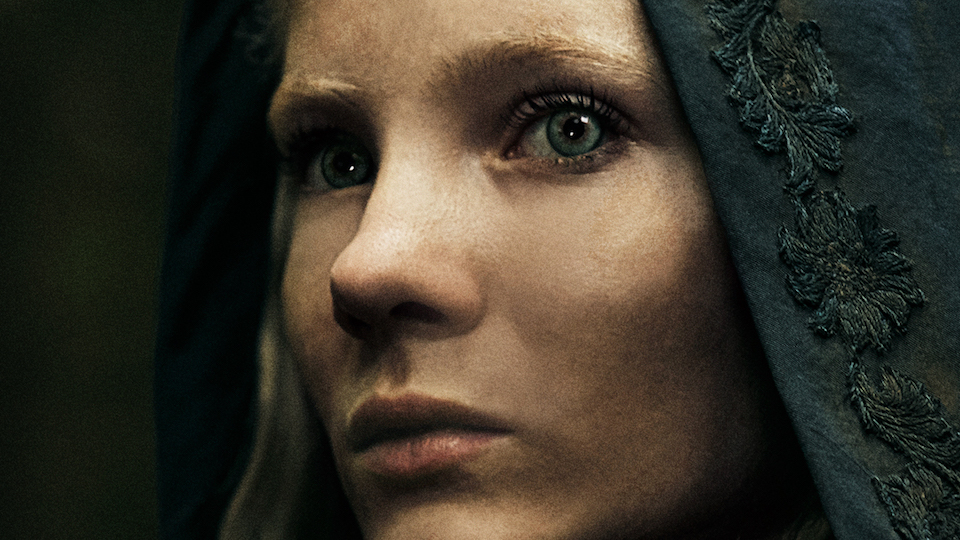 Anya Chalotra plays Yennefer of Vengerberg, a fiery, independant sorcerer and longtime paramour of Geralt; Freya Allan plays Ciri, a destiny-touched Witcher whom Geralt takes under his wing; and we’ve even seen Geralt’s faithful horse, Roach. (Or one of the Roaches, at least: Geralt is over 100 years old and gives every horse he has the same name – he’s been through a few.)

Dandelion, the bard who documents the events of the story and Geralt’s best friend, will also feature, but he’ll be using his name from the books: Jaskier. This Polish word actually refers to the buttercup flower, which feels far too Princess Bride for this moody fantasy setting.

As anyone familiar with the books or games knows, The Witcher is all about moral ambiguity. The showrunners have promised that characters we’ll hate when we first meet them could become ones we love later on. And even Geralt himself isn’t a classical hero: Witchers kill monsters for money, not altruism, and the SDCC trailer suggests that coin is all Geralt cares about early on.

Cavill has already mentioned that despite Geralt being a hero, he “won’t treat everyone perfectly”. And even the show’s tagline, "The worst monsters are the ones we create" hints at some thematic things: chiefly that in this world, having your horse devoured by a griffon is the least of your problems. 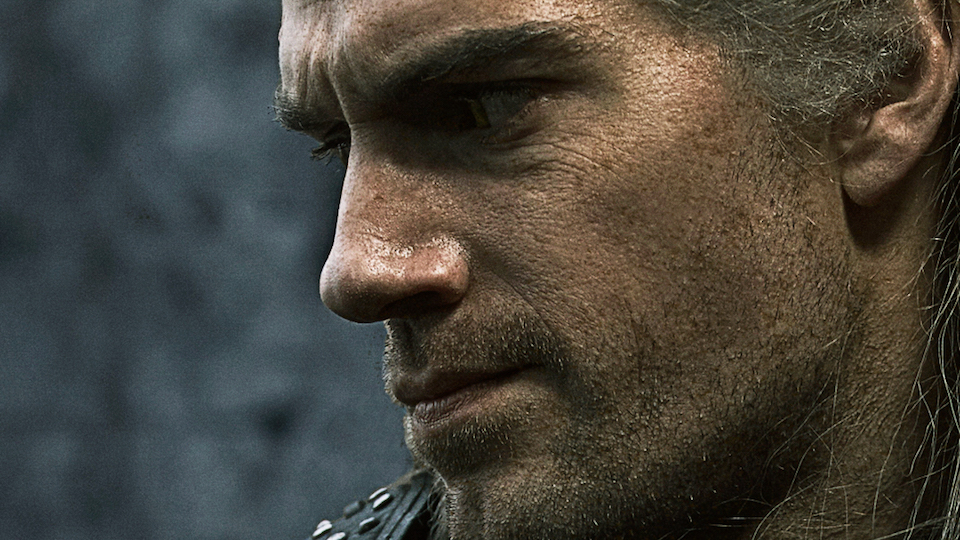 The topline description of the story is simply about a monster hunter struggling to find his place in a grasping, war-torn world. But it’s worth reiterating this is based on the books, not just the games, and that might allay some fears of yet another failed video game adaptation. Because it’s based on Andrzej Sapkowski’s novels, events will take place before the game trilogy.

But even if you’ve only played the games, there’s plenty here you’ll recognise. We don’t yet know exactly which stories are being adapted, but based on the trailers and on what Hissrich has said about The Witcher’s “disjointed family” it sounds like the tumultuous relationship between Geralt, Ciri, and Yennefer will be the primary focus.

There are eight Witcher novels – as well as a glut of short stories – and it sounds like the show will take inspiration from the five books that deal with Geralt’s relationship with Ciri. Does this mean that there will be no specific references to the games? That depends. Hissrich has said that if the show runs for multiple seasons, we may eventually get to the games, but right now she’s taking it one season at a time.

She has confirmed, however, that the Witcher bathtub beloved by our sister site PC Gamer may make an appearance. She told io9 at San Diego Comic-Con that yes, "There is a bathtub. I won’t tell you who’s in the bathtub, but there is a bathtub."

Design-wise, it’s impossible not to infer some inspiration from the games, although there are some differences. The initial response to the first make-up test of Cavill as Geralt was mixed – specifically, the blond wig made him look more like a Creatine-pumped Legolas than the lithe character we recognise from the CD Projekt Red series. But it makes more sense seeing him in motion in recent trailers, and Geralt’s (apparently very uncomfortable) studded mail armour feels like it could be an in- game drop.

Not all the armour we’ve seen has been positively received: fans of the game were less sold on the crumpled Nilfgaardian armour seen in leaked footage from the set, with one commenter eloquently describing the soldiers as, "ballsacks with swords." There’s a chance it might look this way in order to add some post-production effects, or this could be the finished product.

And then there are Geralt’s swords. Or to be more accurate, , singular. Game Twitter was more-aghast-than-normal on learning the Netflix version of the Butcher of Blaviken only carried one sword, rather than the two he uses in the game (steel for humans, silver for monsters). But this, again, is true to the source material: Geralt has two blades in the books, but he keeps his silver sword on his horse, Roach. Later images confirmed this: you can see a seductive glint of silver pommel on the image below: 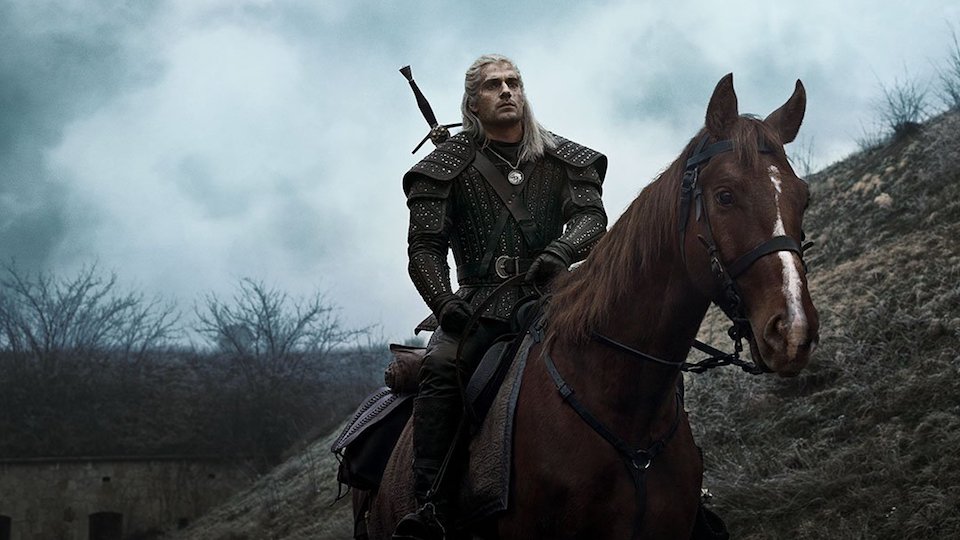 On balance, there are plenty of reasons to be positive. The series won’t break the curse of terrible video game adaptations, because it isn’t one. Instead, Hissrich can draw on a vast selection of stories from a fully fleshed out fantasy universe. There’s a large, dragon-shaped fantasy gap in our TV schedule right now; The Witcher may be exactly the thing to fill it.