2017 marked Nokia's renaissance year. After stunning us by announcing it was revamping the Nokia 3310 and then releasing a further three mobiles, it ended the year by releasing its first high-powered smartphone in three years – the Nokia 8.

Almost two years on and although it's never going to challenge the power of Samsung and Apples newer devices, it does have the kind of price tag that will appeal to people who want to get a bargain mobile phone. Especially excellent value, considering the stunning design, premium screen and chipset, and new 'Bothie' camera mode.

Unlike most flagship phones released in the last 12 months, you can now get your new Nokia 8 for less than £20 per month! Check out our comparison tool to see the best tariffs that have been announced. Considering the standalone handset costs around £400, the contract prices are looking like a much better option. 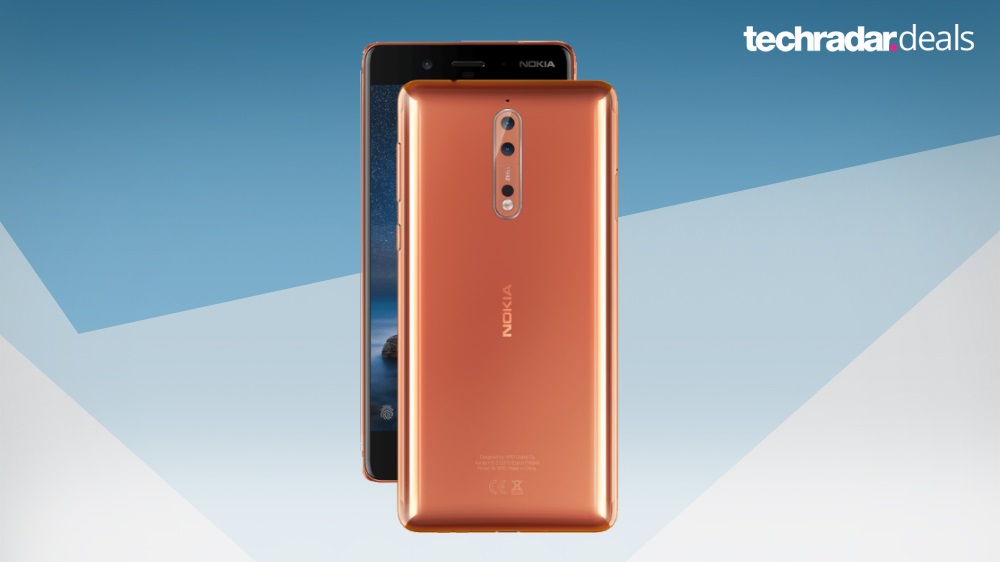 It's been a while, but Nokia is finally back with a serious phone. Of course we were all delighted to see the return of the Nokia 3310 through a nostalgic haze, but if Nokia was going to be regarded as a genuine threat to the likes of Samsung, Apple and LG again, it needed a handset of heft.

The Nokia 8 is exactly that. Not in its dimensions, mind you – weighing in it at 160g, it's a slim, sleek and sometimes shiny smartphone. We're referring more to the dazzling QHD 5.3-inch display, 4GB Ram and Snapdragon 835 chipset. All massive plus points in our eyes, even if the much touted 'Bothie' camera mode probably isn't.