Sony has a bumper year for its TV ranges ahead, with refreshes of its 4K HDR sets and upgrades to both its LCD and OLED TVs in store. And now that Sony's confirmed pricing and release dates for near all their sets, this guide is packed with everything you need to know about this year's upcoming Sony TVs.

Sony made its usual round of televisual announcements at CES 2019, the massive international tech expo that heralds the start to the tech industry's calendar year, and we were impressed as usual.

The headline product is the new massive 8K Master Series Z9G / ZG9 model, in 85- and 98-inch options. For anyone (or everyone) who can't fit that into their homes, there are plenty of new 4K smart TVs, including additions to the Master and Bravia OLED series will appear soon after, as well as a few mid-range sets too.

There's certainly be more to tell in the coming months, but for now here are all the Sony TVs we expect to see in 2019 – all kept in one place so you can know your Bravia from your elbow. We'll update this list too going forward, so do check back to see what else has been announced in a few weeks' time.

It's not always about the panel quality when it comes to buying a new TV. The processor inside, telling the TV what to do is equally – if not more – important.

Sony's next-generation X1 Ultimate processor was first unveiled at CES 2018, and will be powering both high-end Master Series sets and top-range 4K sets we're seeing come out this year. (The 8K set certainly needs it to make regular HD or 4K content look good on all those 33 million pixels.)

The A9G / AG9 OLED is still carrying its predecessor's X1 Ultimate – though the organic OLED display should mean rich visuals regardless.

One step down, the X1 Extreme is now finally entrenched among Sony's mid-range sets, bringing sharper 4K to the X9500G / XG95 and hopefully more besides.

On the audio front, Sony is learning from the Acoustic Surface Audio+ technology it showed off in last year's OLED, with strategically placed drivers across the chassis of the set to deliver more powerful yet compact sound – amid growing demand for in-built audio that doesn't need an external hi-fi system to do it justice.

The more high-end models will 2019 will also use Sony's 'Sound-from-Picture' technology to accurately emit audio from where its source is located onscreen – meaning you when someone speaks, it actually comes from their mouth.

Sony doesn't particularly like to release specs on the brightness of its TVs, but as usual we expect the OLED offering to lag behind on this front: the organic LED film used in the panel is self-emitting, so doesn't have the benefit of a big backlight to really crank up the lumens.

The Z9G, however, is bringing back the popular Backlight Master Drive technology that defined Sony's Z Series sets back in 2016 – allowing for hugely precise use of white LEDs, to use brightness where it's needed, with sharpened contrast and minimal bleeding into surrounding dimming zones.

It makes for a thicker and heavier set, but if you're buying an 85 or 98-inch set, space probably isn't a problem.

All of Sony's 4K sets share the Android TV platform and YouView. That means Google technically owns the smart platform, and this has led to some unsavory ad-pushing being trialled on Sony TVs, but we're hoping this either remains a small annoyance or doesn't last past the trial.

While Dolby Vision was limited to the X900F and Master Series sets last year, this is thankfully trickling down, and will come to all four 4K sets listed below so far – and it seems Sony will be pursuing Dolby's video format over the rival HDR10+ format.

Google Assistant meanwhile has been rolling out to all of Sony's 4K HDR TVs in the UK and Europe (albeit a year after the US) allowing hands-free voice control.

Sony A9G 4K (available in 55, 65, 77 inches): Arriving in September 2019, this second-tier Master Series set uses the X1 Ultimate processor to power some serious 4K visuals – as well as the same Netflix Calibrated Mode as the Z9G. 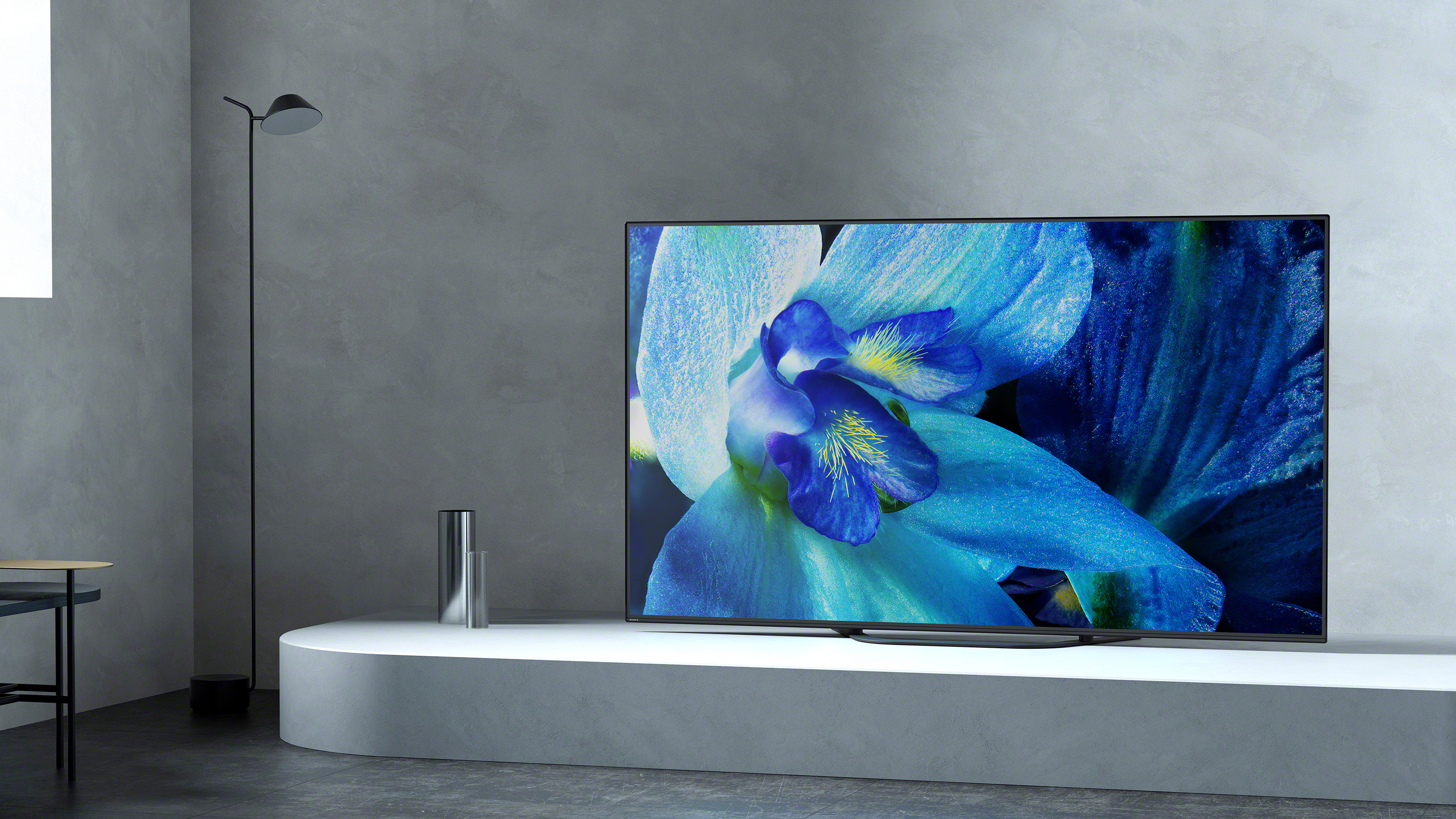 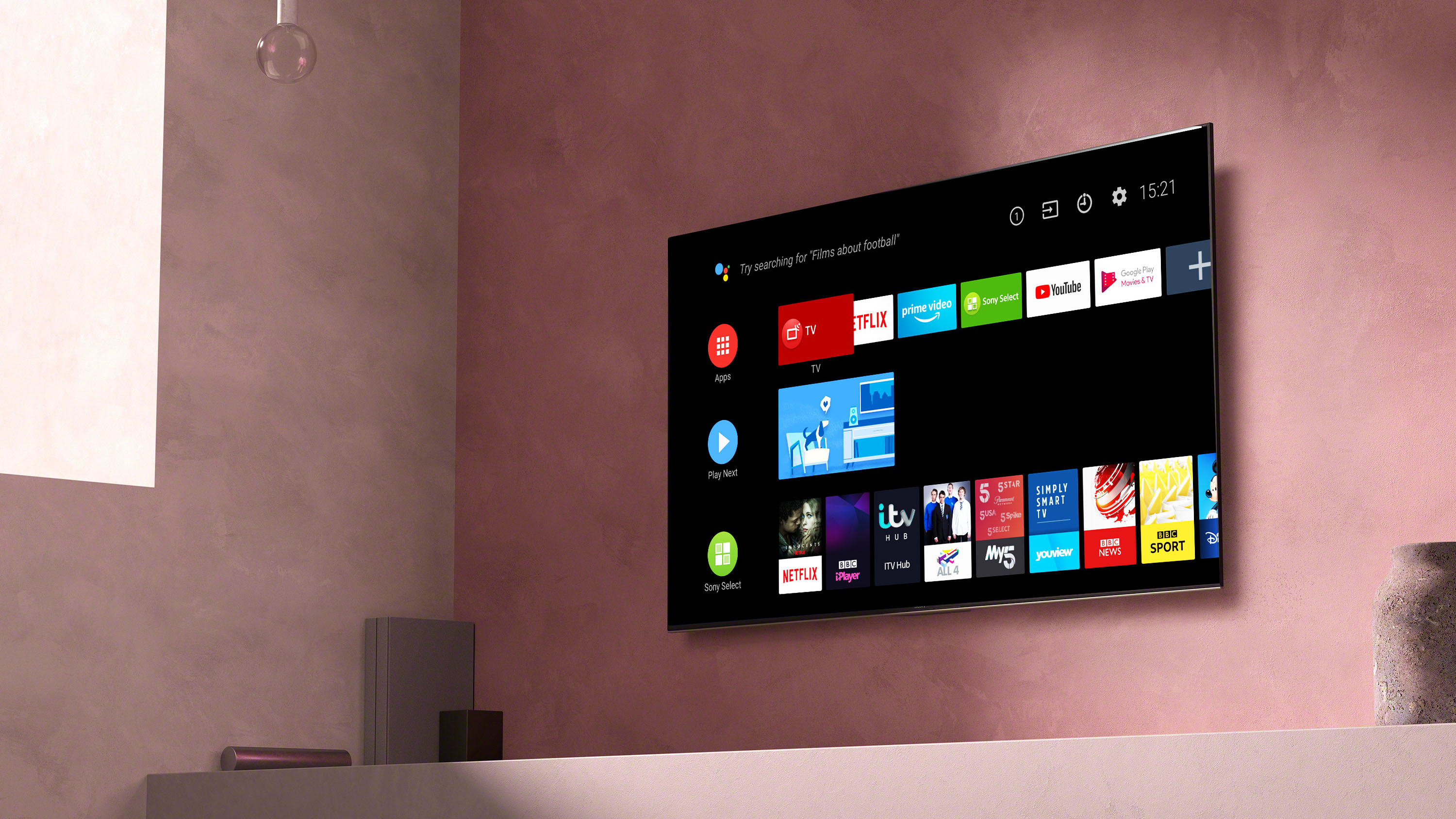 Sony X9500G (available in 55, 65, 75, 85 inches): Now onto the 4K LCDs… This model still packs in the Dolby Vision and Dolby Atmos support of its more expensive siblings, and the more advanced X1 Ultimate processor for enhanced upscaling and image processing. You get the welcome choice of four distinct size options, including a massive 85-inch display. Starting at $1,399 / £1,899 (around AU$1,972) for the 55-inch model.

Sony X9000G 4K HDR TV (available in 49 inches): A mid-priced, X1 Extreme powered version of the above – and coming in at a more size-friendly 49 inches. Currently only announced for UK.

Last year's model came with edge LED lighting, which simply couldn't meet the demands of today's HDR pictures – but we'll reserve our judgement on this one until it's come in to review. Starting at $1,099 / £1,399 (around AU$1,549).

Sony XG83 4K HDR TV (available in 43, 49 inches): Like last year’s model, the XG83 only offers the most basic X1 Processor and 4K X-Reality Pro Upscaler. You'll still get 4K HDR pictures. but they probably won't look nearly as good as they will on the X9000F and above. That said, you can display HDR10 and Hybrid Log Gamma – and the XG83 sports a stylish aluminium body. Currently only announced for UK, starting at £999.

Sony XG81 4K HDR TV (available in 43, 49, 55, 65 inches): Down to the X-Reality processor, meaning you won’t get as advanced picture processing as above, but you do get a far wider range of model sizes with the XG81 – with only a ‘brushed aluminium look’ though. Currently only announced for UK.

Sony XG70 4K HDR TV (available in 43, 49, 55, 65 inches): This UK-exclusive set is the runt of the HDR litter: a 4K-resolution display with HDR10 and not much else. You’ll get sharper images than the Full HD sets below, though. Available in silver or black. Currently only announced for UK.

Perfect for Full HD HDR gaming, or just squeezing some extra-rich colors and depth out of 1080p resolution TV, this 2019 model is a smart compromise between cost and performance.

Everything you need to know about the new TV launches of 2019:

The Philips TV range 2019: everything you need to know from OLED+ to ‘The One’