Samsung is readying itself to unveil new phones next week, but we've just had our first sneak peek at one of the devices in the flesh – the Samsung Galaxy S20 Ultra – with two separate hands-on shots of the phone making their way online.

Two different sources have provided hands-on photos of the device – one was posted to Reddit, and subsequently removed, while the other was provided on Twitter and seems to show the phone alongside the more heavily leaked Galaxy S20 Plus, as you can see below.

This is the first time we've seen the Samsung Galaxy S20 Ultra leak in real life, and the photos below show the camera array on the back of the device. 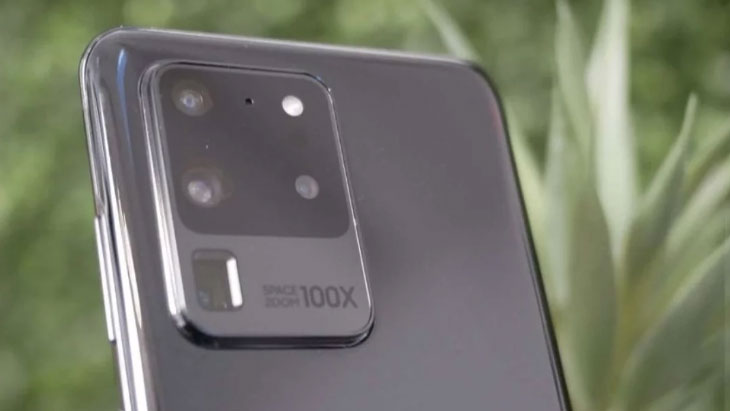 It's quite prominent, seemingly sticking out quite far from the device. It looks to sport similar specs to what has been expected, including three main cameras, a 3D time of flight sensor, and an LED flash.

There's also branding on the rear of the device that says '100X Space Zoom', which is likely a teaser for a feature we've heard about that will make the phone strong for zoom photography as well as night time shots.

It's currently unclear where these photos are sourced from, but the design looks to match what we've seen in render leaks and it's likely the real device pictured.

We've previously heard the Samsung Galaxy S20 Ultra will have a 108MP main camera flanked by a 48MP telephoto shooter and a 12MP wide-angle one.

We'll officially learn all about the new Samsung Galaxy S20 series very soon, as the company is hosting an unveiling of its new devices in San Francisco on February 11. It's likely we'll see and hear even more about these phones before then though as the leaks keep rolling in thick and fast.