Specifically, it submitted documentation for a phone with the model number SM-G770F to the FCC (Federal Communications Commission), as spotted by SamMobile.

Now, that model number has been attached to Galaxy S10 Lite rumors in the past, but the real giveaway is an included screenshot of the handset’s ‘About Phone’ screen, clearly showing the name 'Galaxy S10 Lite'. 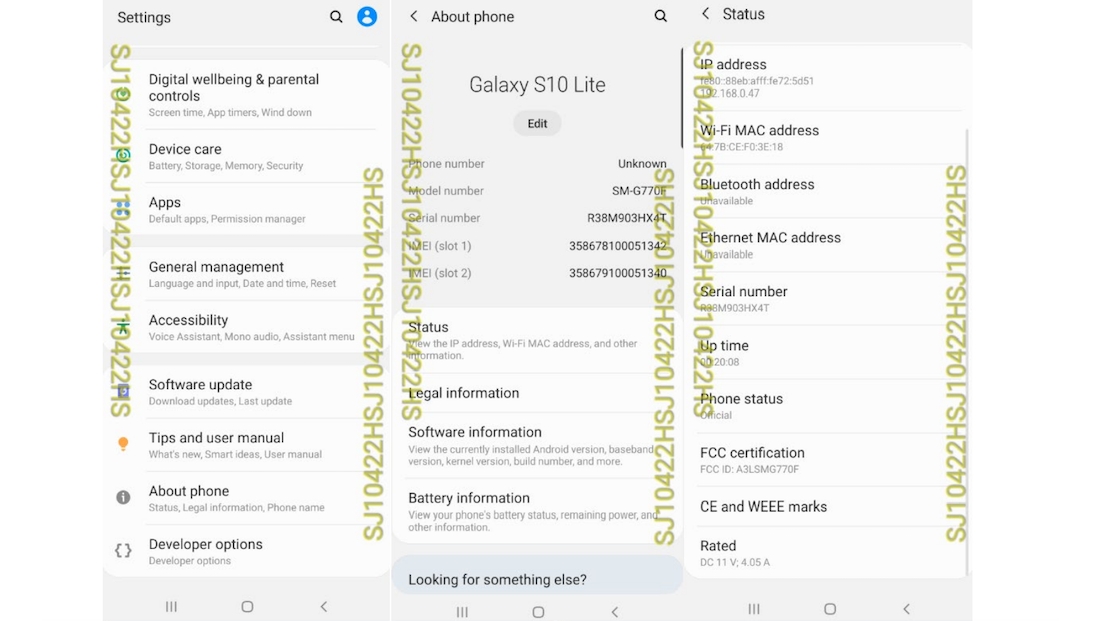 So while Samsung hasn’t officially confirmed the handset yet, this more or less guarantees both that it exists and that – bafflingly – it will launch as the S10 Lite.

We weren’t sold on that name because there’s already a Samsung Galaxy S10e, which is essentially an S10 Lite in all but name. Plus, the S10 range is feeling fairly crowded, and launched early 2019, almost half a year before these leaks even started.

On top of all that, the rumored specs for the Samsung Galaxy S10 Lite, which include a high-end Snapdragon 855 chipset, a triple-lens rear camera, a 6.7-inch screen and a 4,500mAh battery, don’t sound particularly ‘Lite’, as they're more impressive than the S10e.

With all that in mind the handset would surely make much more sense as a lighter take on the Samsung Galaxy S11, which is likely to launch in early 2020. But apparently it’s not that. Oh well, this wouldn’t be the first poorly named smartphone.