At the lowest end of Samsung's Galaxy A range of budget smartphones is the Galaxy A10, with only a single camera and all the trappings of an affordable device, but Samsung has now unveiled a 'pro' version in the form of the Samsung Galaxy A10s.

Shown off by Samsung in a post on its Newsroom, the Galaxy A10s builds on many of the specs of the base Galaxy A10, and in fact seems incredibly similar to the Galaxy A20, which has also seen letter variants including the A20e.

The Samsung Galaxy A10 comes with only one rear camera – it's the only phone in the current A range to do so. The Galaxy A10s though adds a 2MP depth sensor to the A10's 13MP main camera, which should be useful for portrait shots in order to add appropriate background blur.

Another powerful upgrade is the battery capacity, which sits at 4,000mAh in the Galaxy A10s as opposed to 3,400mAh in the A10, so you're getting a lot more power, which should see you through many more hours.

One other new addition to the phone is a rear-mounted fingerprint sensor, which the basic A10 doesn't have. That should make turning on the handset that much easier. 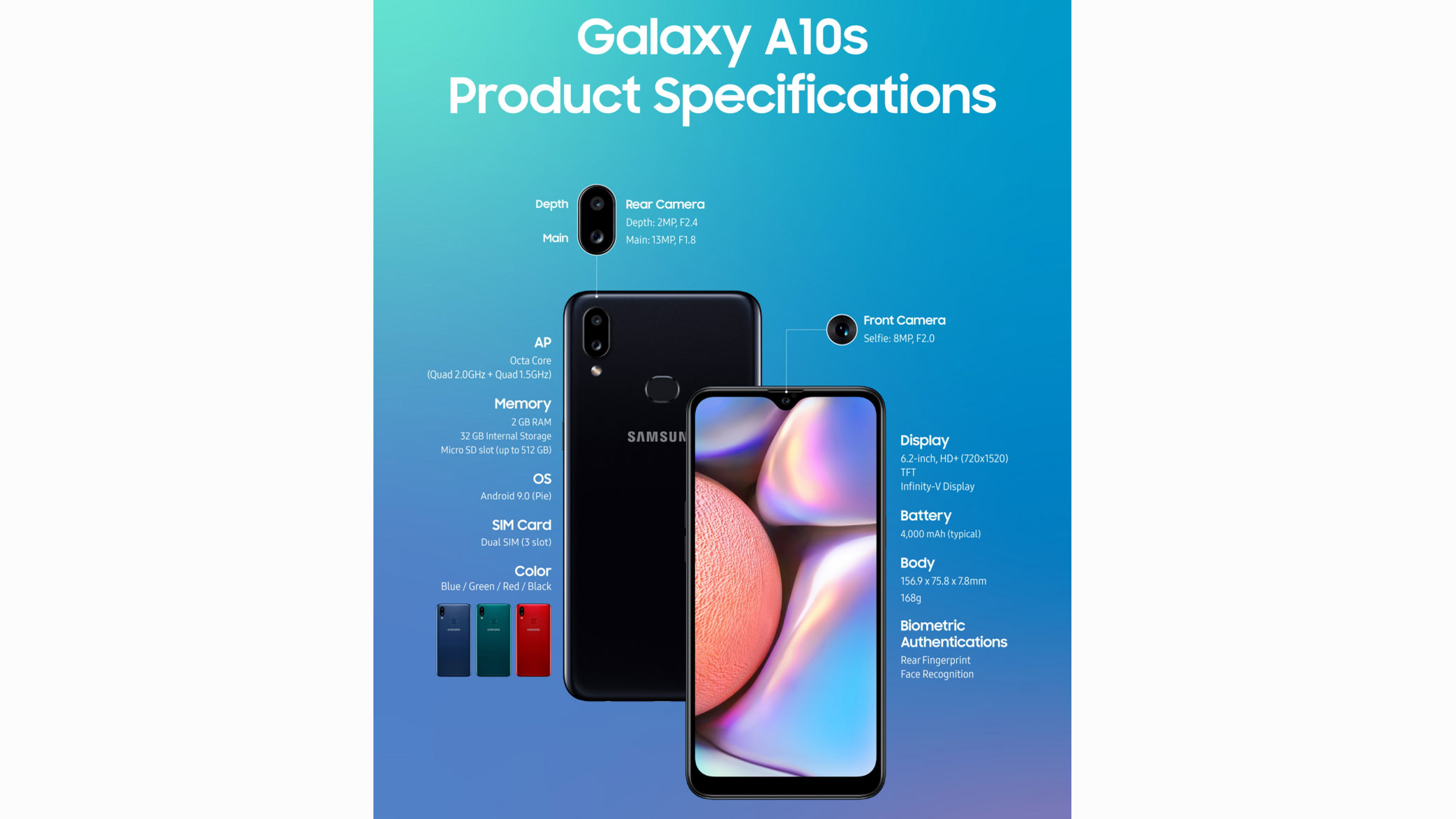 The rest of the A10s's specs are virtually identical to the A10 – there's a 6.2-inch display, 2GB of RAM and 32GB of internal memory, and an 8MP front camera (up from 5MP on the A10). The device is a tiny bit longer, and its chin is a little bit thicker than the A10, but other than that the design is the same.

At the moment we've got no word on release date or pricing information, so we've asked Samsung if it can provide us with any extra details and will update this article when we hear back.

The 2019 Galaxy A range is quickly becoming very cluttered – the A10 previously sat in the super-low-budget niche, having only one camera and no fingerprint scanner, but the A10s is very similar to the A20, which in turn wasn't massively different from the A30 and even A50, with each step up representing a small spec upgrade here and there.

With the arrival of lettered variants to each model, it could soon become rather confusing trying to work out which Galaxy A phone is best for you.