PlayStation Vue, the new live TV streaming service that intends to compete with Sling TV, has all the makings of a home run. It has loads of content (over 80 channels if you shell out for the "elite" package), is able to record an unlimited amount of live TV for up to 28 days and uses a device that 50 million people already own, the PS4.

PlayStation Vue copied some of cable's foibles and faux-pas and introduces new headaches, like dealing with download speeds and locking local channels to specific markets. For the highest tier of service, it's also just as expensive as your cable subscription used to be – albeit without a costly rental fee for your cable box.

That said, there are some massively redeeming qualities here. You can say good-bye to service fees and inescapable contracts, plus unlimited storage for 28 days means you can record literally anything and everything under the sun. On top of that, Vue gets content recommendation on a level that few services seem to understand – offering you tons of new content based on what you've already watched and what's currently popular with your friends and family.

More recently, the service has even added options to tack on live HBO and Cinemax for $15 each, a pretty stellar deal when you consider that Sony tosses in an HBO Now subscription on the house.

But for all the positives, there's still a feeling of being taken for a ride with Sony's cable killer. Whether it's the fact that you can't pick and choose which channels you want to pay for or the fact that the Elite version of the service costs as much or more than most cable subscriptions – it's abundantly clear that Sony still has a few kinks to work out before Vue is ready for prime time. 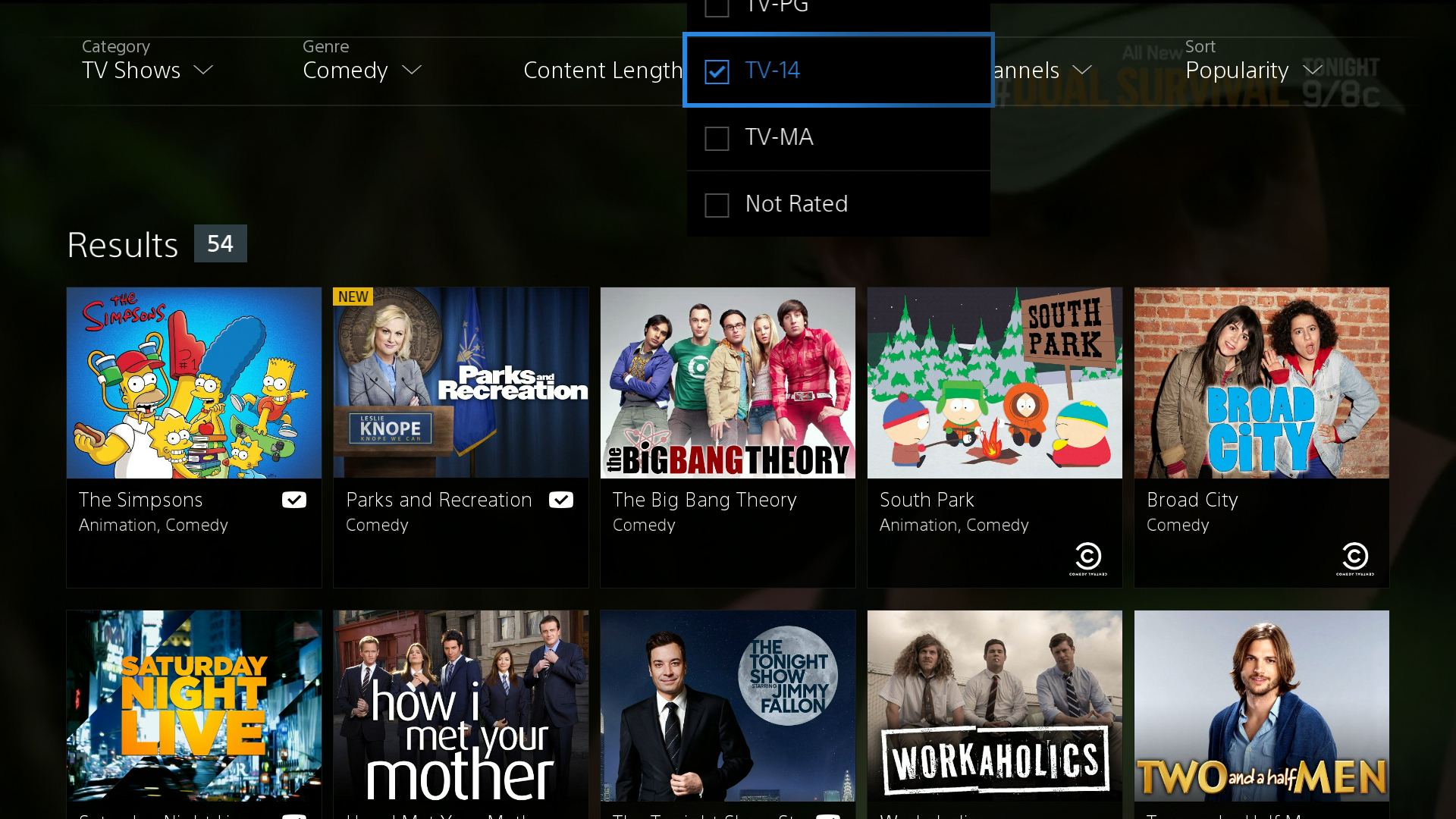 Before we dig deep into the pros and cons of Sony’s wannabe cable killer, let’s spend a minute on what PlayStation Vue is and how it works.

PlayStation Vue is a US-only cable service that takes both traditional cable channels and over-the-air content from sources like NBC, CBS, ABC and FOX and combines them into a single app for PlayStation 4, PlayStation 3, Amazon Fire TV, Amazon Fire TV Stick and iPad. Recently, Sony also added support for PC and Mac, as well as Apple TV.

Here are the packages in full detail:

Then there’s the Slim packages (a.k.a. non-local channel packages) that offer the same functionality of the standard packages, but are available nation-wide:

Core Slim: 70+ channels, including all the channels from Access Slim with the addition of national and regional sports networks for $34.99 per month.

Elite Slim: 100+ channels, featuring all the channels from Core Slim with the addition of more top movie and entertainment channels for $44.99 per month. 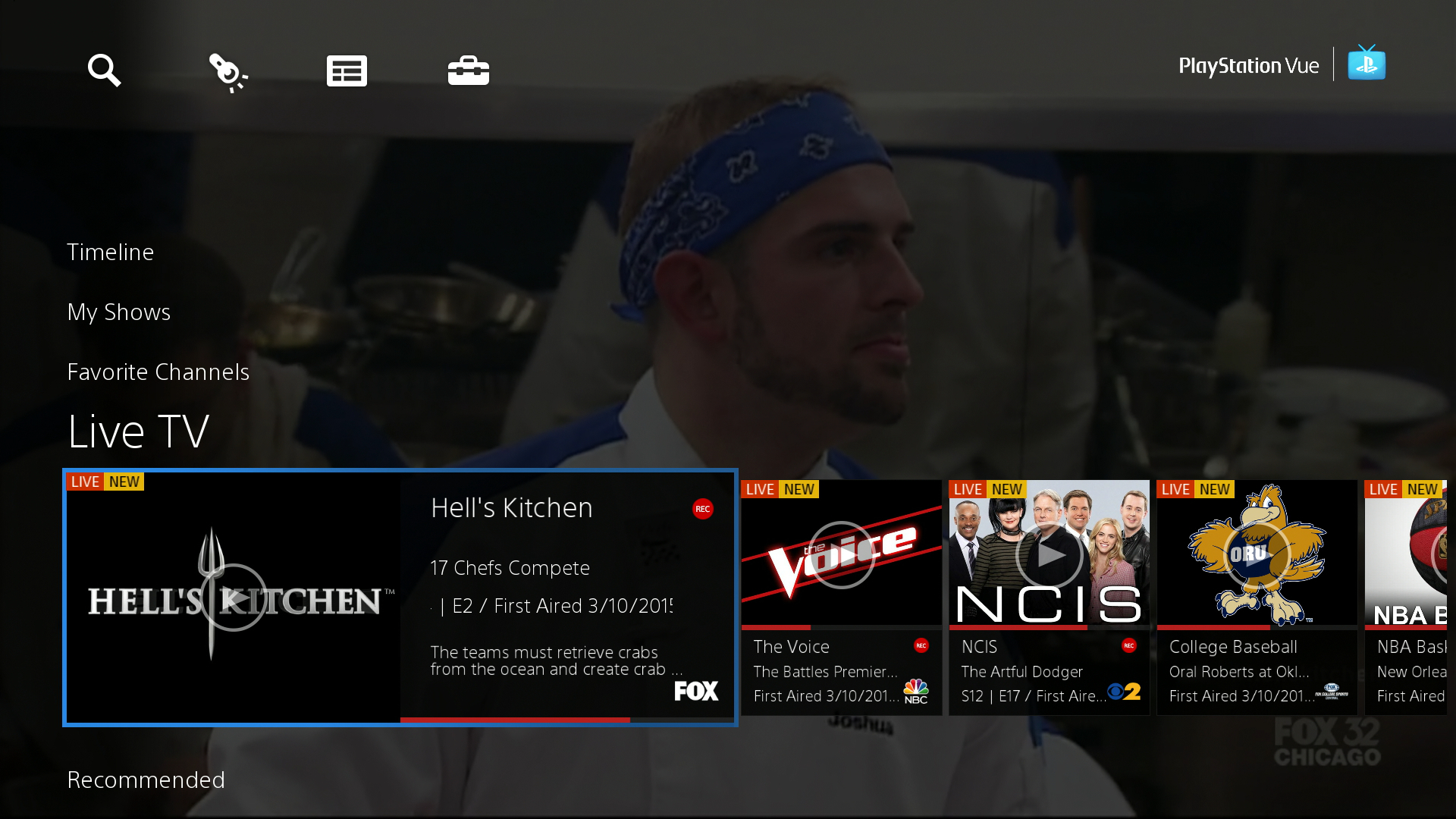 Sony has also told us that it will add a channel for PlayStation originals – like Powers – once it ramps up production in the coming year, as well as Showtime’s new standalone streaming service once it goes live in early July.

Like Sling TV, PlayStation Vue requires that your device be connected to the internet while watching and speeds of at least 10Mbps to get a full-resolution, uninterrupted picture. 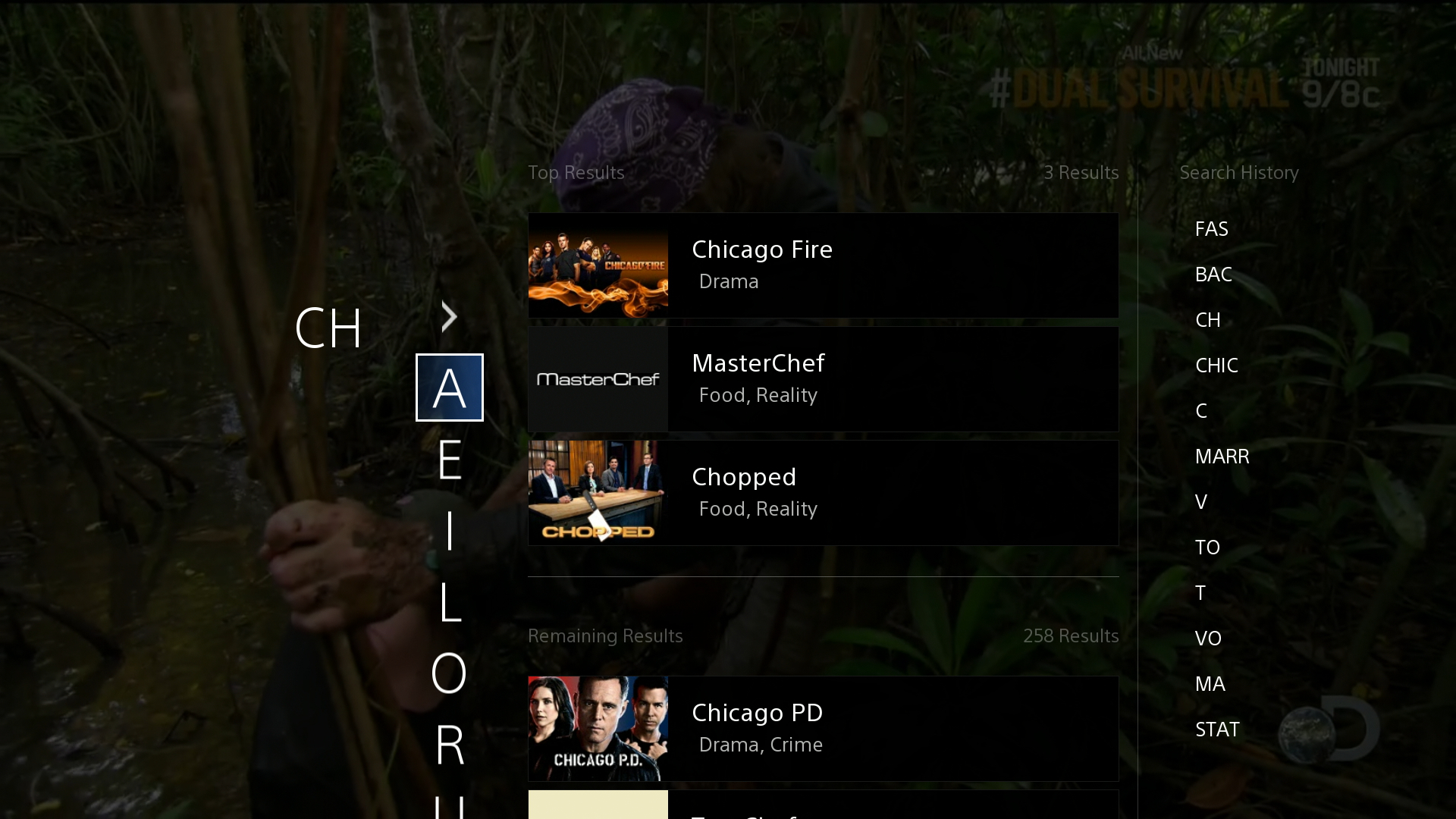 PlayStation Vue’s interface is exactly what you’d expect from a Sony-made app. There’s menus for live TV, recommended content, your favorite shows, as well as a traditional TV guide. Everything on the menu with the exception of the guide is arranged in tiles on a grid, creating a sense that Sony’s placing more about the show than its source.

The interface, while not the most intuitive in the world, is serviceable. Trying to browse for shows through the guide takes a bit longer than I would’ve liked, as Vue only shows four or five channels’ worth of content at a time, but eventually you’ll get where you want to go.

PlayStation Vue, like Sling TV, Plex, Netflix and every other streaming service, can only do so much to create a seamless experience. The rest really falls upon your home network.

If you have a slow internet connection – let’s say, 5Mbps or less – you can probably expect a lot of hiccups, stuttering and low-resolution video. Stepping up to around 10Mbps will net you a solid connection and will almost guarantee a solid connection, but a lower-than-average resolution.

It’s not until you get to the 15-20Mbps range through a wired connection to your router that things really start to look good on PlayStation Vue. If you already have that level of internet service coming into your home, great. Just make sure your PS4 is either in range of the router or you have the ability to hardwire your system.

Once you’ve got your home network up to par, PlayStation Vue is an actually fun – if not always practical – way to watch TV. Using cloud DVR to record shows for up to 28 days means you won’t have to fight with your significant other for space on the TiVo while the recommendations will continually push new and exciting content in front of your face.

But ultimately, because packages start at $29 for 45 channels you may or may not want to watch, you might end up overpaying for content. Also, keep in mind that at least four or five of those channels are available over-the-air for free with a digital tuner and antenna.

If you already own a PS4 or PS3 and a relatively fast internet package, then PlayStation Vue could be one solution for you to cut down on the cable bill.