Want to know all the Panasonic TVs coming your way in 2019? Look no further, as TechRadar has your exhaustive, definitive, all-round perfect round-up of this year's Panasonic TVs – now that several OLED and LCD televisions have hit the shelves, with even more on the way before IFA 2019 starts the whole cycle of announcements all over again.

Panasonic went big on a new range of 4K Blu-ray players earlier in the year, but in terms of televisions, the company is focusing attention on the GZ2000 – what Panasonic is calling 'the world's most cinematic TV' – an OLED TV with color tuning straight out of Hollywood.

We’ve since got to test out an additional three OLED televisions, the GZ1500 and GZ950 / GZ1000, which share the same panel and processor, but vary in model sizes and the level of audio quality on offer. There are also a number of upgrades to last year’s 4K HDR TVs, with a new range of ‘GX’ sets (such as the five-star GX800) replacing last year's FX750, FX740, FX700, and FX600 – and a couple of Full HD models too as seen below.

Keep in mind that Panasonic no longer ships to the United States, though we'll be seeing these sets come to the UK, EU, Canada, and Australia.

For more info on what makes a Panasonic TV panel tick, and the 2019 Panasonic TVs coming slated for release this year, read on below.

The future of Panasonic looks… organic. While the Japanese manufacturer only released two OLED models last year, it’s doubled down with a total four sets packed with ‘organic LED’ panels, which use an organic film able to emit its own light, rather than using a backlight on a regular LCD display.

Like Sony or LG, Panasonic is increasingly looking to OLED panels for its premium TVs, making use of the technology’s deeper black levels and improved contrast for a richer, more color-accurate image.

Three of its four OLED models actually use an identical panel, but vary the speakers built into the TV – with some ditching a slim form factor in order to offer a higher-grade audio performance. (The upward-firing speakers running up the back of the GZ2000 resemble something of a chimney.)

Each of the new OLED TVs feature an upgraded HCX PRO Intelligent Processor, building on the HCX chip used in 2018's OLEDs. With every OLED panel technically being produced by the same manufacturer – LG – the way the images are processed has become an important way for manufacturers to distinguish their premium sets from the competition.

Panasonic says that the HCX chip offers good quality thanks to its 'Dynamic LUT' (or look-up table) system. This monitors the brightness of each scene in a film to deliver the best color accuracy.

Panasonic is also making much of its links to Hollywood production studios, with the flagship GZ2000 model featuring color correction from colorist Stefan Sonnenfeld.

Manufacturers are increasingly pressured to support all the various HDR formats out there, and Panasonic is pushing out the boat. All the OLED sets this year (and some LCD) include voice commands through Google Assistant or Amazon Alexa, Dolby Atmos audio, support for Dolby Vision and HDR10+ video formats.

Panasonic is also bundling in Hybrid Log Gamma (HLG) broadcasts (which are coded in both SDR and HDR) and the very different HLG photo format (for showing Lumix camera stills on Panasonic 4K TVs).

Compare that to last year's OLEDs from Panasonic – FZ950 and FZ800 – neither of which supported Dolby Vision, even as Panasonic brings the enhanced HDR format to more of its 4K Blu-ray players.

GZ2000 OLED (available in 55, 65 inches): The first TV announcement of 2019, the GZ2000 is Panasonic's top-range 4K OLED, building on tech from last year's FZ800/FZ950 sets and new HCX Pro chip. It features color tuning from a leading Hollywood colorist for "unparalleled color accuracy", along with a whole load of video and audio formats supported – and upward-firing speakers tuned by Technics. Scheduled for release in July.

GZ1500 OLED (available in 55, 65 inches): Second in line for the OLED throne. Unlike the GZ2000’s custom panel, this set gets a standard-issue OLED display also found in the GZ1000 and GZ950, and front-firing Dolby Atmos speakers for some high-quality audio. Scheduled for release in June.

GZ1000 / GZ950 OLED (available in 55, 65 inches): Same panel as above, with 50W speakers built into the rear instead of facing the viewer – and likely to be cheaper because of it. The GZ950 and GZ1000 models differ only in the stands, with the former featuring a cylindrical pole and the latter using an L-shaped support. 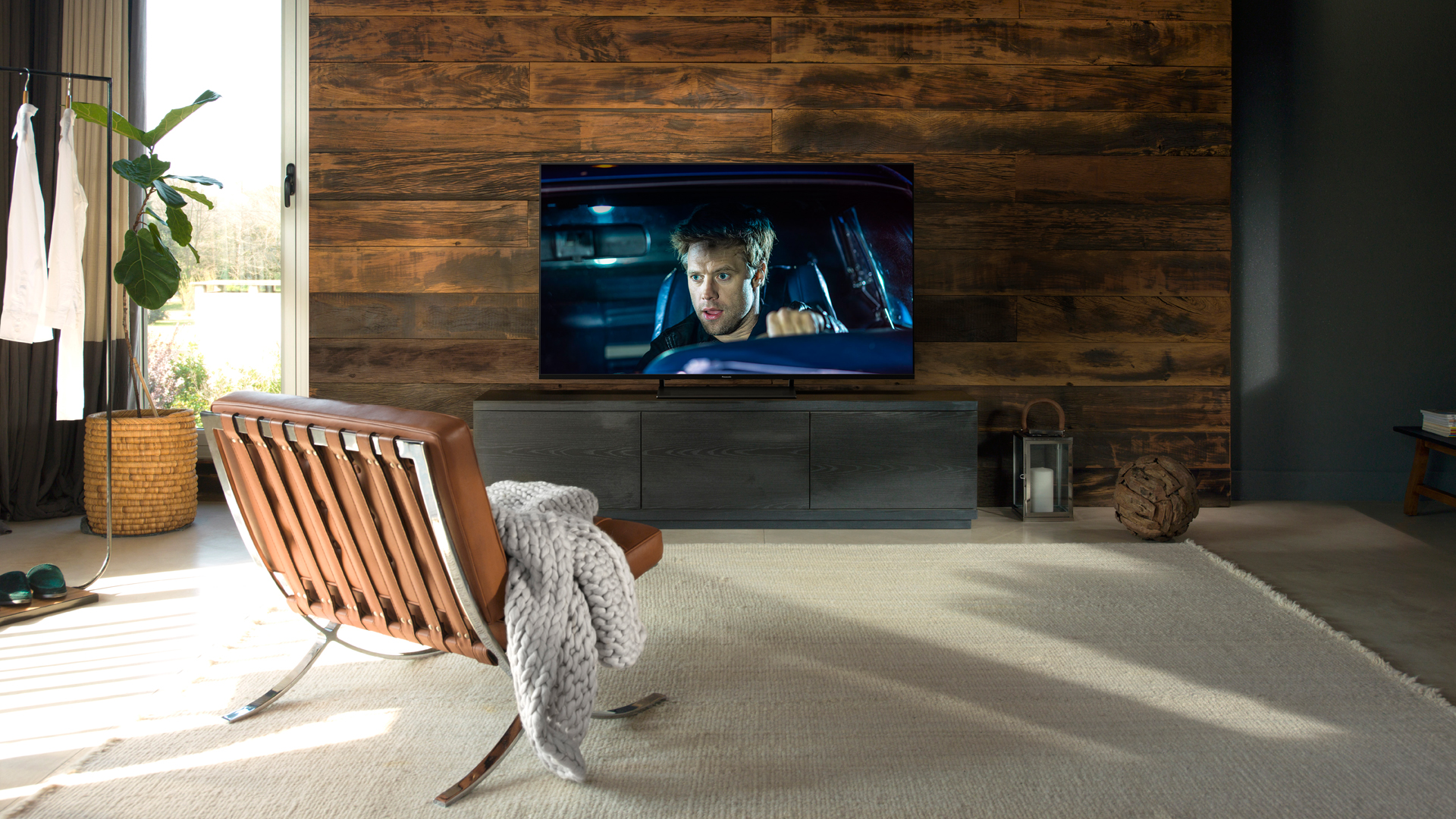 GX920 / GX940 4K HDR LED (available in 75 inches): The only LED set packing in the new HCX Pro processor, and available only in 75 inches for those after a truly big picture. The single size might seem limiting, but Panasonic is expecting most people after a premium TV to make the move to OLED. GX920 in the UK, GX940 in the EU and Canada, and scheduled for release in May.

GX800 LED (available in 40, 50, 59, 65 inches): The next set down sticks with the HCX chip used in last year’s OLED range, and offers a wide range of sizes. Comes with all the same Dolby Atmos, Dolby Vision, HLG and HDR support as higher models, even at its smallest 40-inch size.

GX700 LED (available in 40, 50, 58, 65 inches): A 4K HDR television without the bells and whistles – meaning you won’t get support for Dolby Atmos, Dolby Vision, the likes of Alexa and Google Assistant, or the more advanced Home Screen 4.0 smart interface. Expect a sharp price drop from the GX800, and a release date around June.

GX560 LED (available in 65 inches): One of the more basic smart TVs on the lineup, though you still get access to Freeview Play and other streaming catchup services. Scheduled for release in June.

GS352 LED (available in 32, 43 inches): Don’t need or want 4K Ultra HD resolution? Panasonic is also releasing a couple of 1080p Smart TVs at more compact, practical sizes. Expect support for HDR10, HLG, and not much else. Scheduled for release in April.

G302 LED (available in 24, 32, 43 inches): The only ‘dumb’ TV on the list, the G302 is an HD set without internet connectivity, and therefore comes with Freeview HD for TV viewing rather than the online catch-up service Freeview Play. Scheduled for release in July.

Check back regularly to see the latest Panasonic TVs as they're announced. In the meantime, why not watch our TV buying guide video below?

Everything you need to know about the new TV launches of 2019:

The Philips TV range 2019: everything you need to know from OLED+ to ‘The One’