The Motorola Razr 2020 is Moto's change to improve on its middling Motorola Razr 2019 – that foldable flip phone showed promise, with a healthy dose of nostalgia, but it was riddled with flaws that made it hard to recommend.

We're expecting the Motorola Razr 2020, or Razr 2 as it may be called, to come out towards the end of 2020, and if Motorola builds on the originals' premise it could be the best foldable phone from the company.

The Razr 2020 has to be good too, as it's not the only foldable flip phone on the market – the Samsung Galaxy Z Flip is gunning for a spot in your heart and your pocket, and while it doesn't have the Razr's nostalgia-factor, it has specs and a lower price that make up for it.

We're starting to hear about the Motorola Razr 2020, and we've compiled everything we've heard below, but we've also come up with a list of what we want to see in the new phone below too. 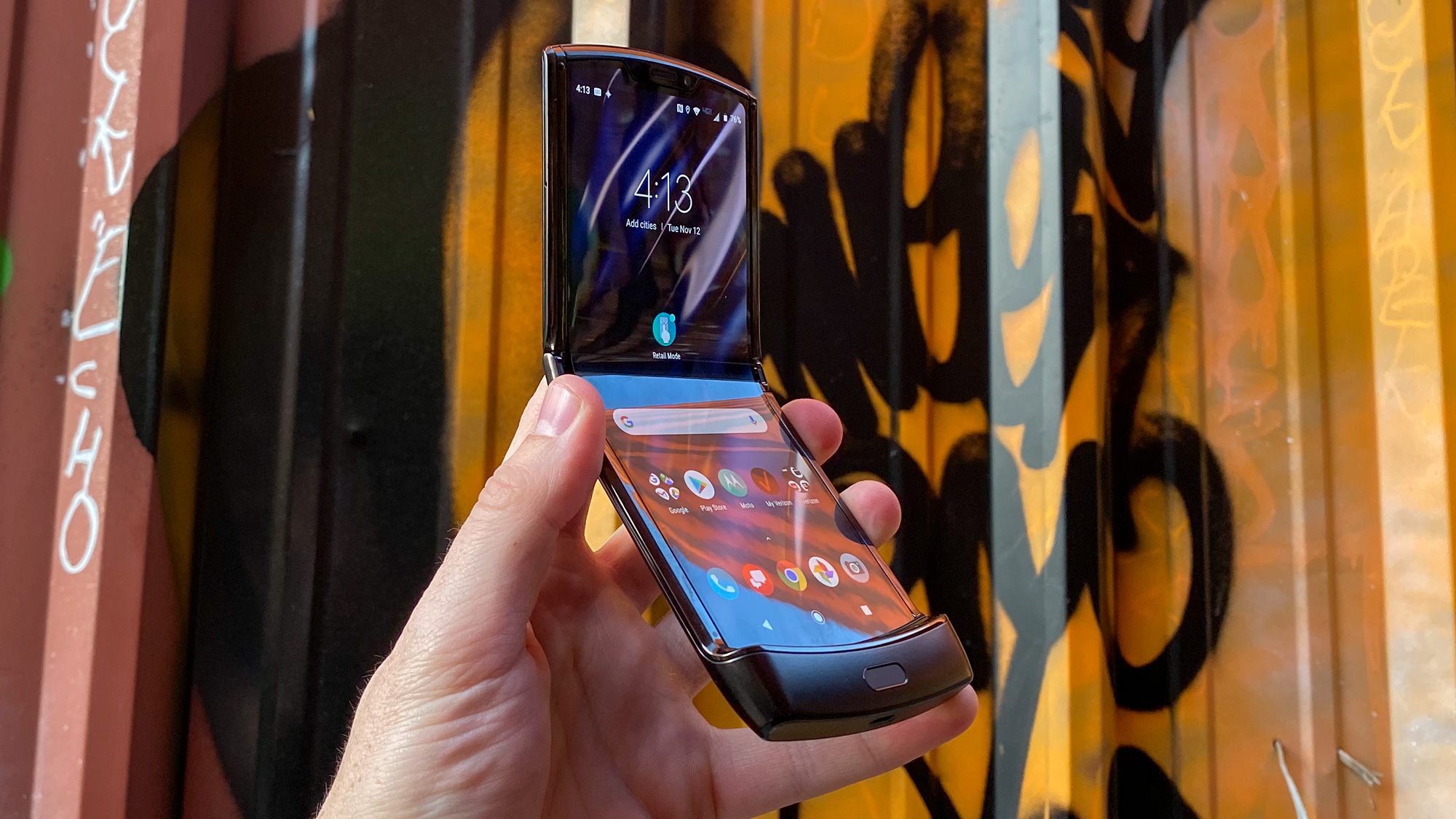 If we were to speculate, we'd suggest the Motorola Razr 2020 launch date will be around mid-November 2020, followed by a release date by the end of the year. There's no concrete reason for that timeline save for the fact it would mirror the Motorola Razr 2019's schedule.

We could see the Motorola Razr 2020 earlier in 2020, possibly at MWC 2020 in February, but that would be a little early given it would result in the device being purchasable just a few months after the original. Since many phone companies work in year-long cycles, we'd expect late-2020 to be a good estimate.

For the Samsung Galaxy Fold 2 though, it seems Samsung is gearing up to release a supremely affordable device compared to the original Fold, and it's certainly possible that Motorola will follow those footsteps.

According to Motorola, the Razr 2020 might not be a huge difference to the 2019 model. Two people involved in the creation of the Motorola Razr foldable phone told TechRadar they'd like the form factor of a newer phone to remain the same as the older one, although perhaps the True Display on the front might change shape.

Instead, it seems spec changes and possibly the inclusion of 5G might be the big changes that Motorola make sin the new phone. And we do know a new phone is coming, thanks to the South Africa general manager of Lenovo (Motorola's parent company) admitting as much on a podcast.

The Motorola Razr 2, or Razr 2020, might be a bit bigger than its predecessor though, as an analyst has predicted the phone will have a 6.7-inch display, bigger than the 6.2 inches of the original device, and with a bigger True Display screen too. 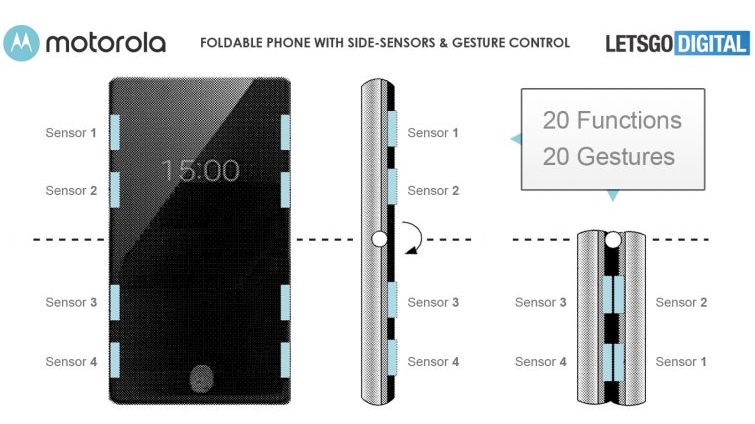 The first is that the upcoming foldable phone could have eight sensors along the side of the device, allowing you to use gestures and access shortcuts whether the phone is open or closed.

This comes from a patent, which also seems to suggest the device will have an in-screen fingerprint scanner, as opposed to the physical one present in the Razr 2019. 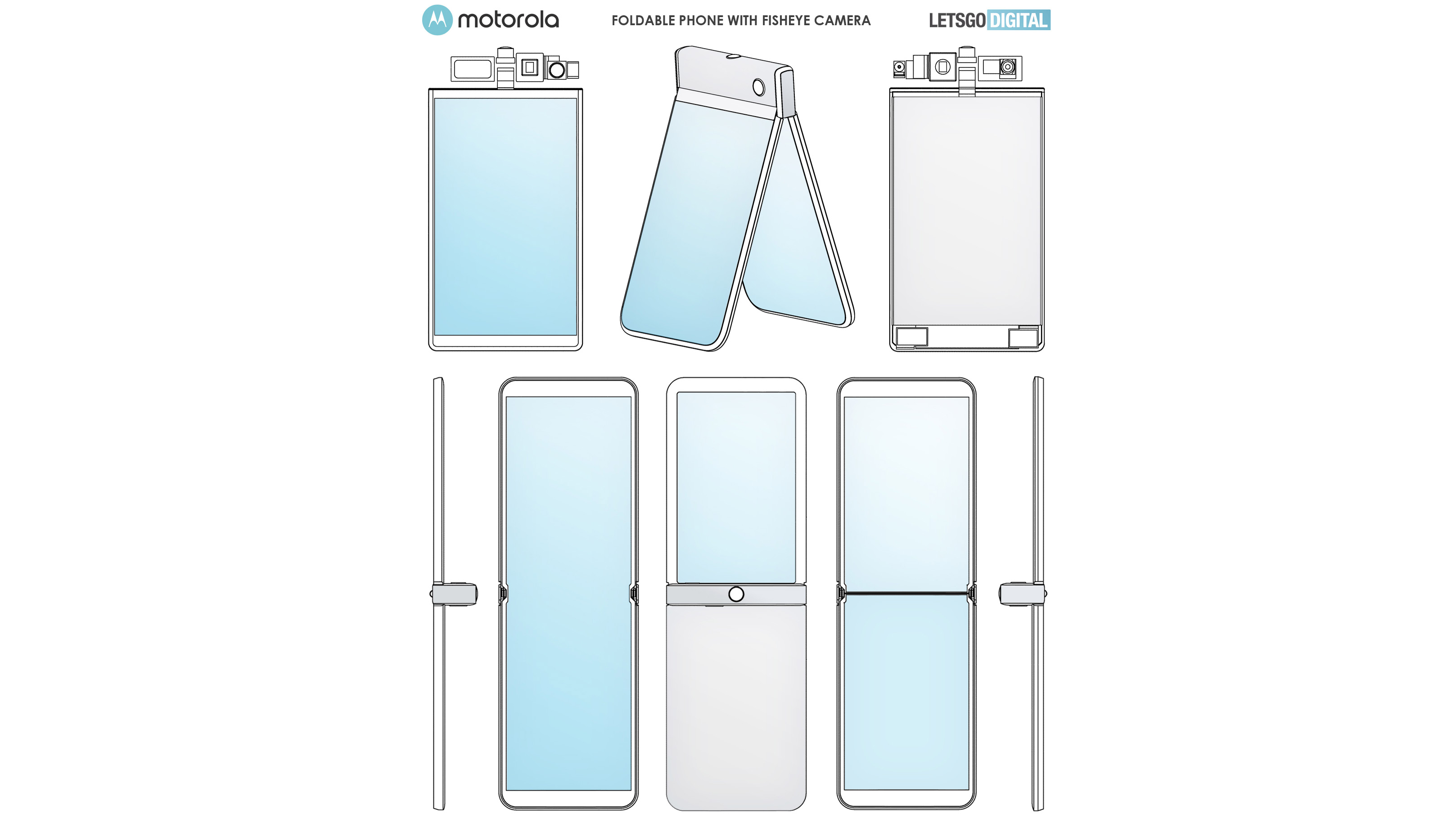 The second rumor, also from a patent, suggests the Motorola Razr 2020 will be moddable, much like the Moto Z series. The patent shows a camera mod clipped onto the top of the Motorola Razr 2, as well as another mod attached at the fold, although we don't know what the latter does.

It's worth noting that patents don't always get developed into released products, so there's no guarantee these features will make it into the Razr 2020, but Motorola is clearly at least toying with them.

As we get more pieces of information about the Motorola Razr 2020 we'll update this section.

This is what we want to see in the Motorola Razr 2020, including new features and fixes to problems in the original device. 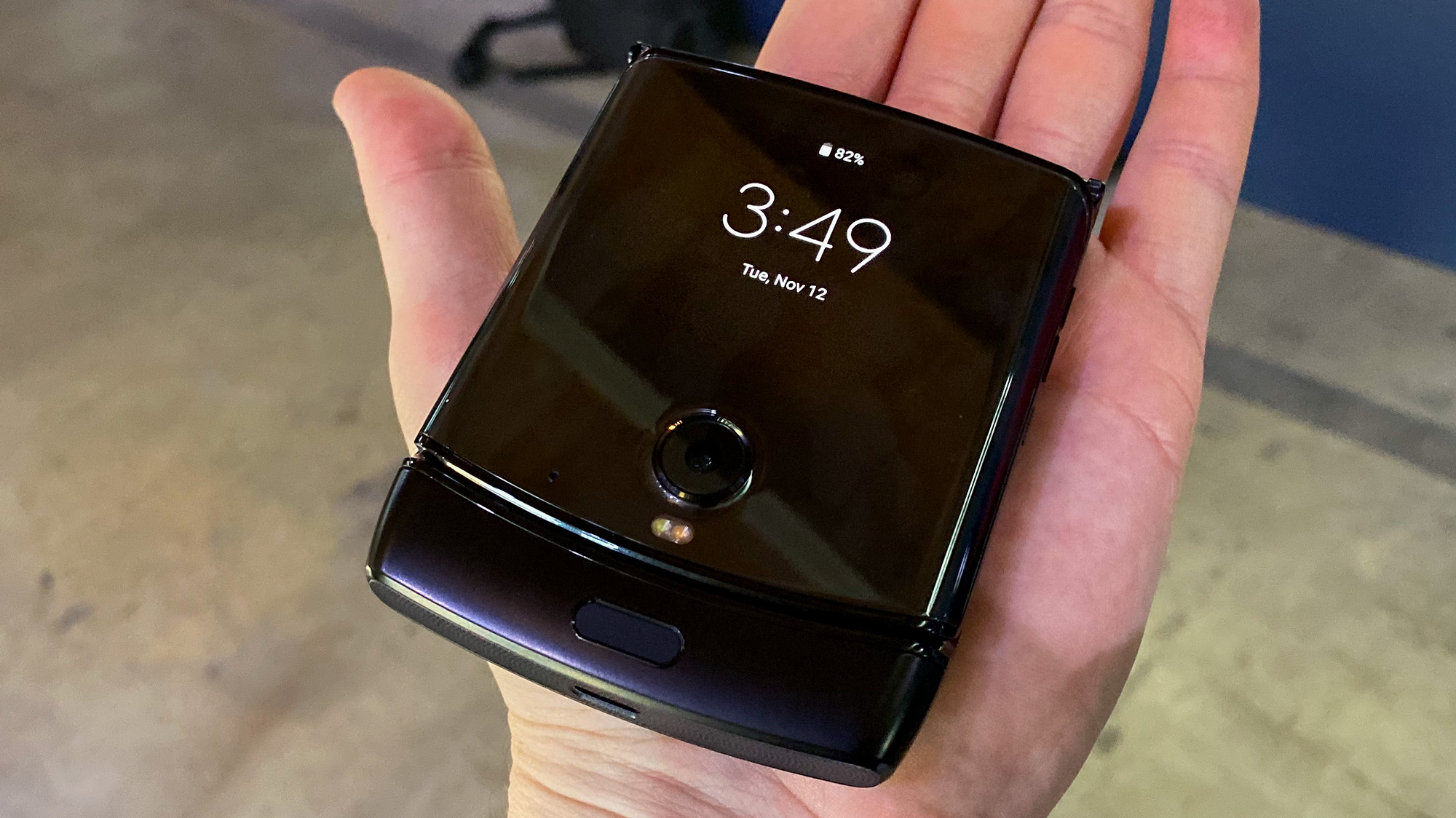 You'll encounter arguably the biggest issue with the Motorola Razr 2019 before you've even switched it on – the price tag is prohibitively high. At $1,500 (about £1,350, AU$2,000), you're paying a lot more for it than most other smartphones, save other foldables. 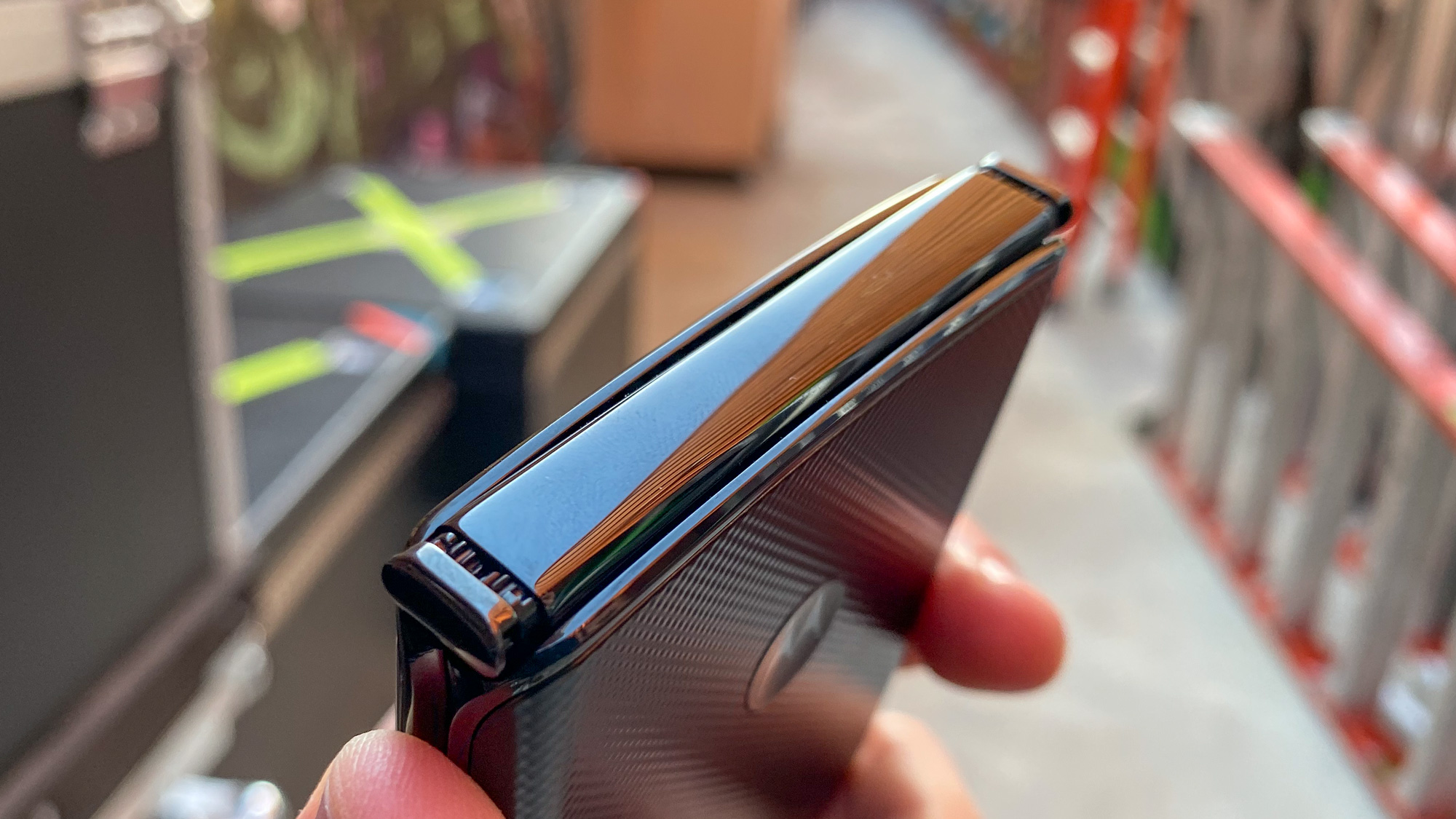 The Motorola Razr 2020 needs a decent processor if it's going to be considered an impressive top-end smartphone – or even deserving of a high price tag.

The Razr 2019 had a Snapdragon 710, which is a fine mid-range chipset, but in top-end phones (for high prices) you'd expect something a little better.

With the Snapdragon 865 out, and previous iterations of Qualcomm's advanced 8-series chipset also available, there's no reason Motorola couldn't go for a processor that's a little snappier to power its future foldable phone. 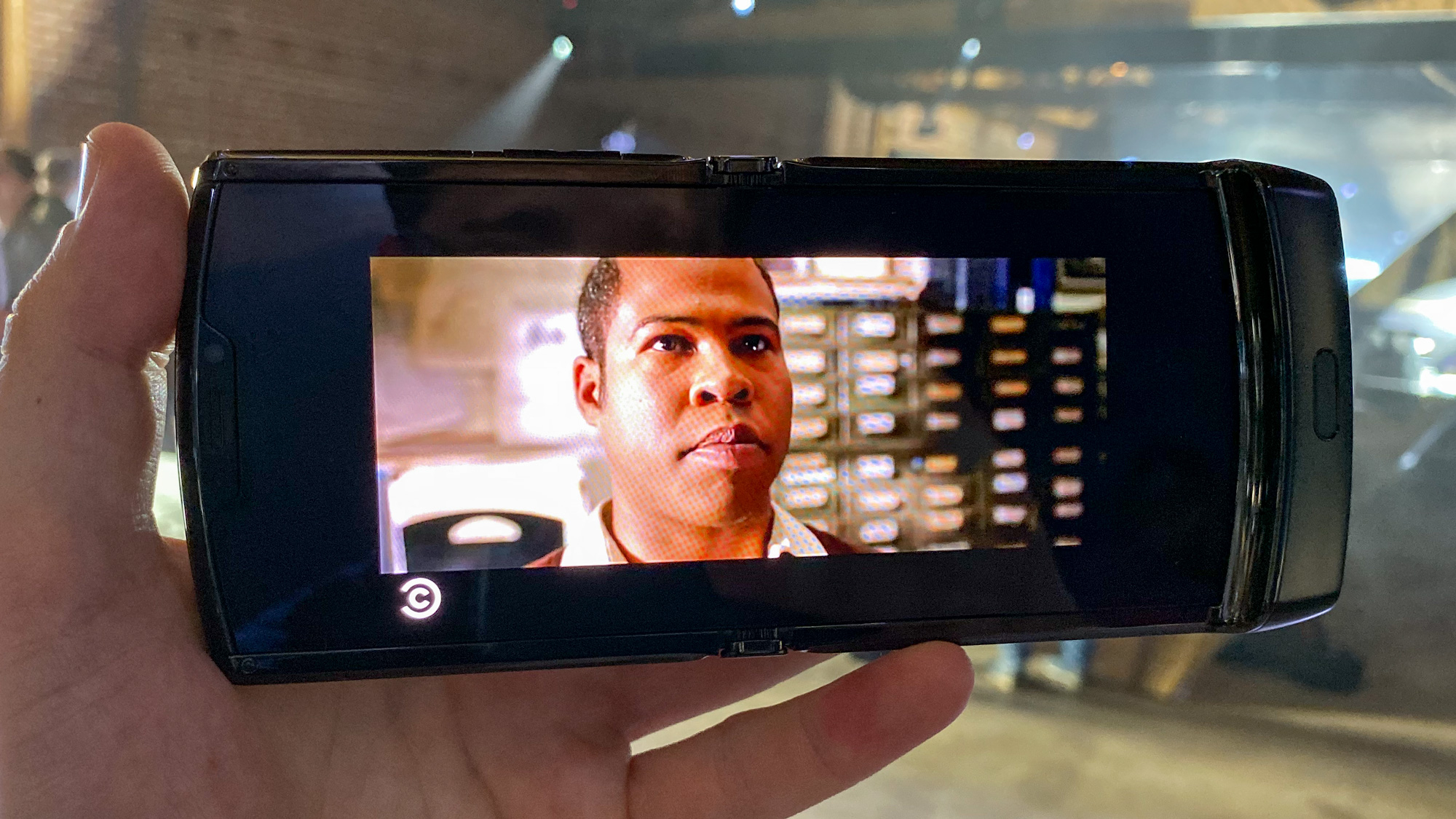 The Motorola Razr 2019 had a 2,142 x 876 pOLED screen, which was fine, but it wasn't particularly sharp, and you could notice its low quality when streaming video or playing games. Like with the chipset, we'd expect a pricey device to have top-end screen specs.

We'd like something higher-quality in the Motorola Razr 2: if not an AMOLED screen, at least something with a higher resolution.

In addition, we found the screen size of the Razr 2019 a little on the small side, which was useful for ease of one-handed use, but a little sub-par for streaming movies and TV. A slightly bigger device, perhaps a Razr 2020 Plus, would be much appreciated if it brought a larger display. 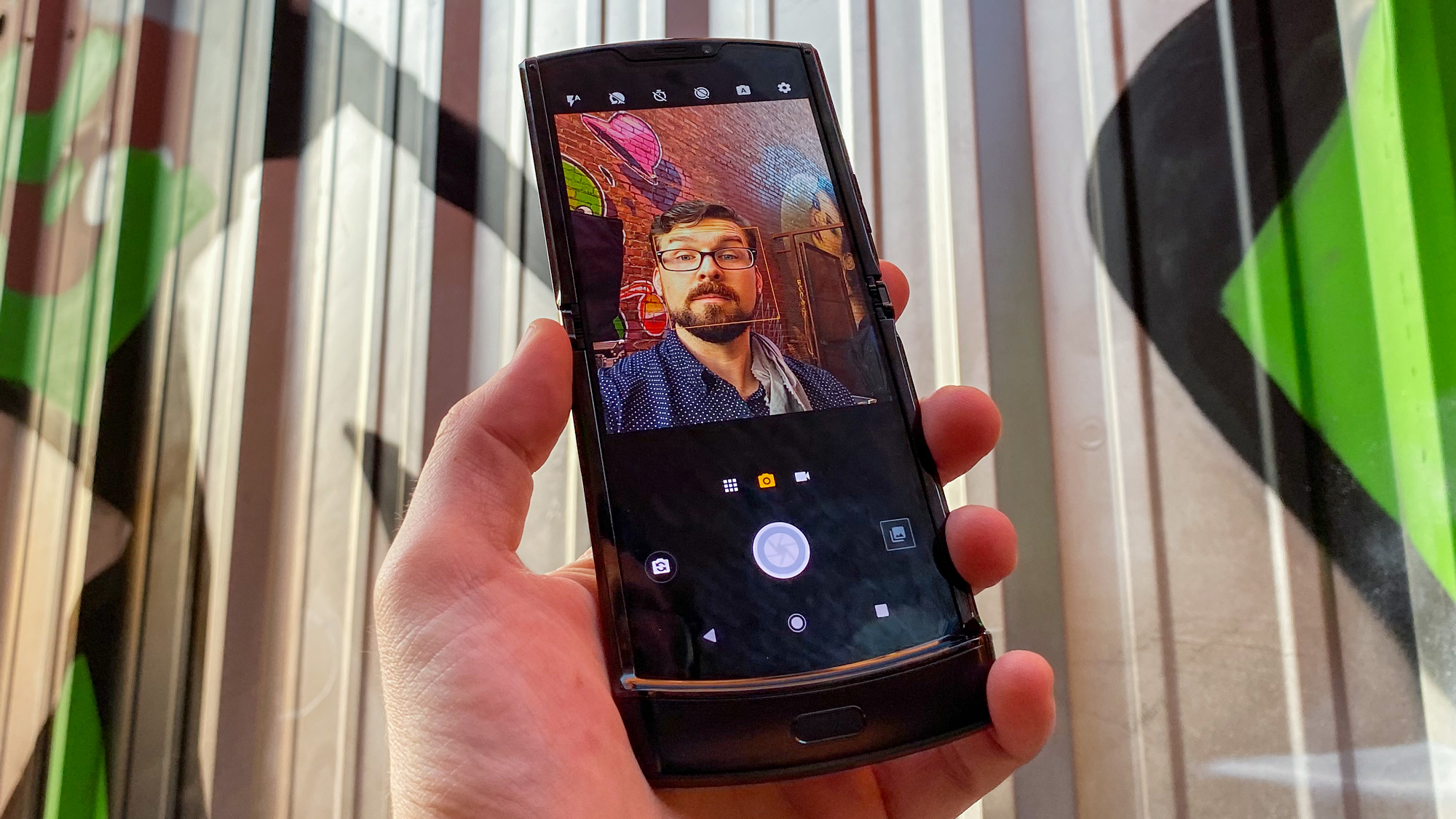 The Motorola Razr 2020, like all top-end modern smartphones, really needs a decent camera array – the Razr 2019 didn't have that, and it suffered for it.

Aside from its 5MP selfie camera, the Razr 2019 had a single 16MP lens, which was on the back when the device was unfolded and front-facing when you shut the phone. This resolution is okay, but there's a lot of functionality you're missing out on, like ultra-wide field of view shots or zoomed-in telephotography.

If the Motorola Razr 2020 had a few more lenses, possibly multiple on the back and an improved front-facing snapper for when the device is open, its photographic potential would really open up.