Intel’s Comet Lake desktop processors will be on sale later in May, but Z490 motherboards which have the new LGA 1200 socket that supports the CPUs are already up for pre-order.

As you might imagine, all the major motherboard manufacturers have various Z490 products now listed at online retailers, and over 50 boards are now available at Newegg in the US, with the release date pegged at May 20 (presumably indicating that this is when Comet Lake processors will be available too – although Intel hasn’t confirmed any date).

Some of these offerings are wallet-damaging in the extreme, too, with the most expensive motherboard coming from Gigabyte.

That would be the Gigabyte Z490 Aorus Xtreme Waterforce (pictured above), which tips the scales at an eye-opening $1,300 at Newegg in the US (£1,200 in the UK at Overclockers) – more than most people will spend on their entire PC, let alone just the motherboard.

It’s a heavyweight board as you might expect, and water-cooled with lots of high-end features plus the obligatory LED fanciness (and ‘hi-fi level audio’ built-in). 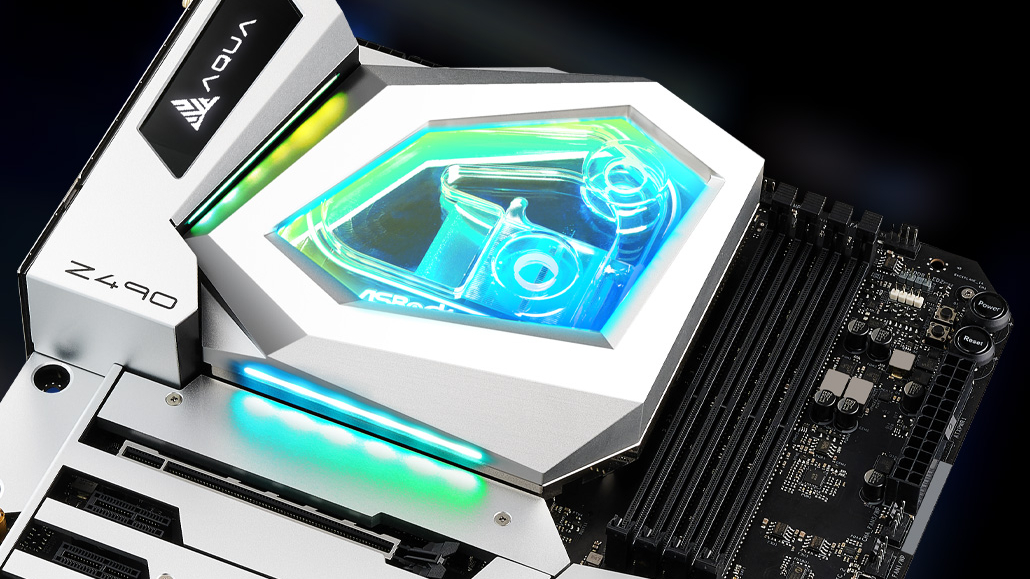 A similar offering comes from ASRock in the form of the Z490 Aqua, which is priced at $1,100 over at Newegg (£999 at OCUK). Again, this features water-cooling, plus RGB lighting and an OLED display which highlights temperatures, fan speeds and the like (if anything, it looks even fancier than the Aorus, and is part of a limited production run of 999).

ASRock has produced an Aqua motherboard before, in actual fact: an X570 incarnation for Ryzen 3000 which again was a limited run of 999, but didn’t look quite as blingy, and cost a hundred bucks less.

For Comet Lake buyers with their feet very much in the realm of more conventional Z490 motherboards, there are various options from Asus, ASRock, Gigabyte and MSI, with plenty of boards pitched around the $200-$300 mark.

It’s worth noting that in the case of the latter, MSI is offering a promotion for those upgrading from an older MSI motherboard in the US, whereby you can trade that in for up to $50 to spend on Steam (the exact amount you get depends on the Z490 motherboard you’re buying).