The Fujifilm X-T4 is one of the most feature-packed APS-C mirrorless cameras we've seen so far. Like its predecessors, it doesn’t have the rangefinder style of the X-Pro series or the smaller stature of the X-T30 family, but is the sweet spot for many.

What's interesting about this new X-T model, though, is that it won't be replacing its predecessor, the Fujifilm X-T3. The latter arrived in September 2018, so is still very much a current camera and comes with a more affordable price tag.

So which one should you buy? The X-T4 certainly brings some significant new features. In-body image stabilization (IBIS) is the big change. This means you’ll be able to use slower handheld shutter speeds than the Fujifilm X-T3, and it's a boon for non-stabilized lenses like the celebrated XF 35mm f/1.4 and XF 56mm f/1.2 too.

The Fujifilm X-T4 is a little larger and heavier than its sibling, but one of the trade-offs is a superior battery life. This may be the most important upgrade for street and travel photography the series has seen yet. But does it make the upgrade worth it overall? Let's find out.

The Fujifilm X-T4 will be shipping sometime in April 2020 – although there isn't a precise date for availability, you can pre-order the camera now either body-only or in various lens bundles (see table below).

Its predecessor, the Fujifilm X-T3, will remain on sale indefinitely and has had a small price reduction since late January 2020. While prices vary between regions, you can effectively buy a new Fujifilm X-T3 with an XF18-55mm kit lens for the same price as a body-only X-T4.

This could make deciding between the two a tricky decision, so read on for our in-depth comparison of their relative strengths.

The Fujifilm X-T4 looks very similar to the X-T3. And that's a good thing – the retro two-tone look has made Fujifilm cameras the best-looking mirrorless model around.

The X-T4's body is slightly larger this time, but you need to be well acquainted with the X-T3 to notice the difference. It's 2mm wider, 5mm thicker, and the same height. The X-T4 is still far smaller than the now defunct Fujifilm X-H1, which is almost an inch thicker.

Crucially, the hinge style has changed too. Where the X-T3 has a flip-up screen that can also flip to the side for awkward-angled shooting, the X-T4 has gone fully articulated. The difference? Its screen can now be oriented to face out front, handy if you want to shoot selfies or vlog-style videos.

However, it won’t please everyone. A fully articulated screen uses a side hinge, so you need to flip it out and tilt just to shoot comfortably above or below head height. Flip-out screens may be less versatile, but they are often quicker to use.

Fujifilm has not changed the EVF substantially. Both cameras have a 0.5-inch 3.69-million-dot viewfinder with 0.75x magnification, when used with a 50mm lens. So the main physical differences are the X-T4's slightly increased heft and its articulating screen.

The X-T3 and X-T4 share the same sensor, a 26.1MP APS-C size X Trans 4 chip. This also determines the autofocus system used, as it lives on the sensor.

There are up to 425 selectable focus points, depending on the grid selected, but the sensor itself has 2.16 million phase detection pixels spread across the entire area of the sensor. Fujifilm’s latest X-T3 firmware update, version 3.2, significantly improved autofocus performance, making it more intelligent.

The timing of this suggests these changes were actually developed for the X-T4. They include much improved eye tracking and better face detection when more than one person is in the frame. It is a reminder modern focusing systems rely a lot on well-optimised implementation, not just the underlying hardware.

Fujifilm’s own claim is focus on the X-T4 is now “as fast as 0.02 seconds”, owing to a new algorithm. However, given the recent X-T3 update, the two cameras’ performance may be closer than you might think. We'll be able to say for sure in our full review soon.

Pre-announcement rumors suggested the Fujifilm X-T4 might get 6K video recording, like the amazing Panasonic S1H. While that feature has not emerged, the X-T4 is a significantly improved video camera, and not just thanks to IBIS and that articulating screen.

The camera can use both the optical stabilization and electronic/software stabilization when shooting video, which should improve on the already-strong video versatility of the X-T3.

Fujifilm has also altered the interface, to make the X-T4 cater more directly to video shooters. There’s a specific quick menu and sub-dial for video. Strangely, Fujifilm has removed the 3.5mm jack from the X-T4, although it does include a USB-C-to-3.5mm adaptor in the box. Like the X-T3, though, it has dual SD card slots that allow the same video footage to be recorded twice as a backup.

The Fujifilm X-T4 offers serious performance upgrades over its predecessor, although it's fair to say the X-T3 remains an excellent performer for most people.

Your maximum burst shooting speed is 11fps on the X-T3, but on the X-T4 that's now up to 15fps using the physical shutter. Mainstream cameras have now reached the speed of the Canon EOS 1D X, 2012’s full-frame choice for professional sports and actions shooters.

At this speed, the Fujifilm X-T4 can shoot 110 JPEGs before filling its buffer.

Both cameras can go much faster if the physical shutter is abandoned for the electronic one, with burst speeds of up to 30fps. This involves a 1.25x crop, though.

So we get a little extra flexibility for fast shooting, and a lot more of it when you want to slow things down. The Fujifilm X-T4 is only the second APS-C Fuji camera to have IBIS, in-body image stabilisation. Its first was the X-H1.

IBIS counteracts hand movements as you shoot, letting you use slower shutter speeds when shooting handheld without the penalty of blur. Fujifilm says this is effective to the tune of 5 stops, more than the 4-4.5 on offer from the stabilized lenses you can attach to an X-T3.

Add one of these stabilized lenses to the X-T4 and the two systems work in concert to nudge the stabilization factor up to a maximum of 6.5 stops. That you can now use some of the best non-stabilized lenses more confidently is the real benefit here, though.

The breezy 27mm pancake, the beautiful 35mm f/1.4 and highly regarded 16-55mm f/2.8 all lack stabilization, making you increase ISO sensitivity fairly quickly when shooting out and about handheld.

IBIS is likely one of the main reasons the X-T4 is a little thicker than the X-T3, and also the best reason to upgrade. 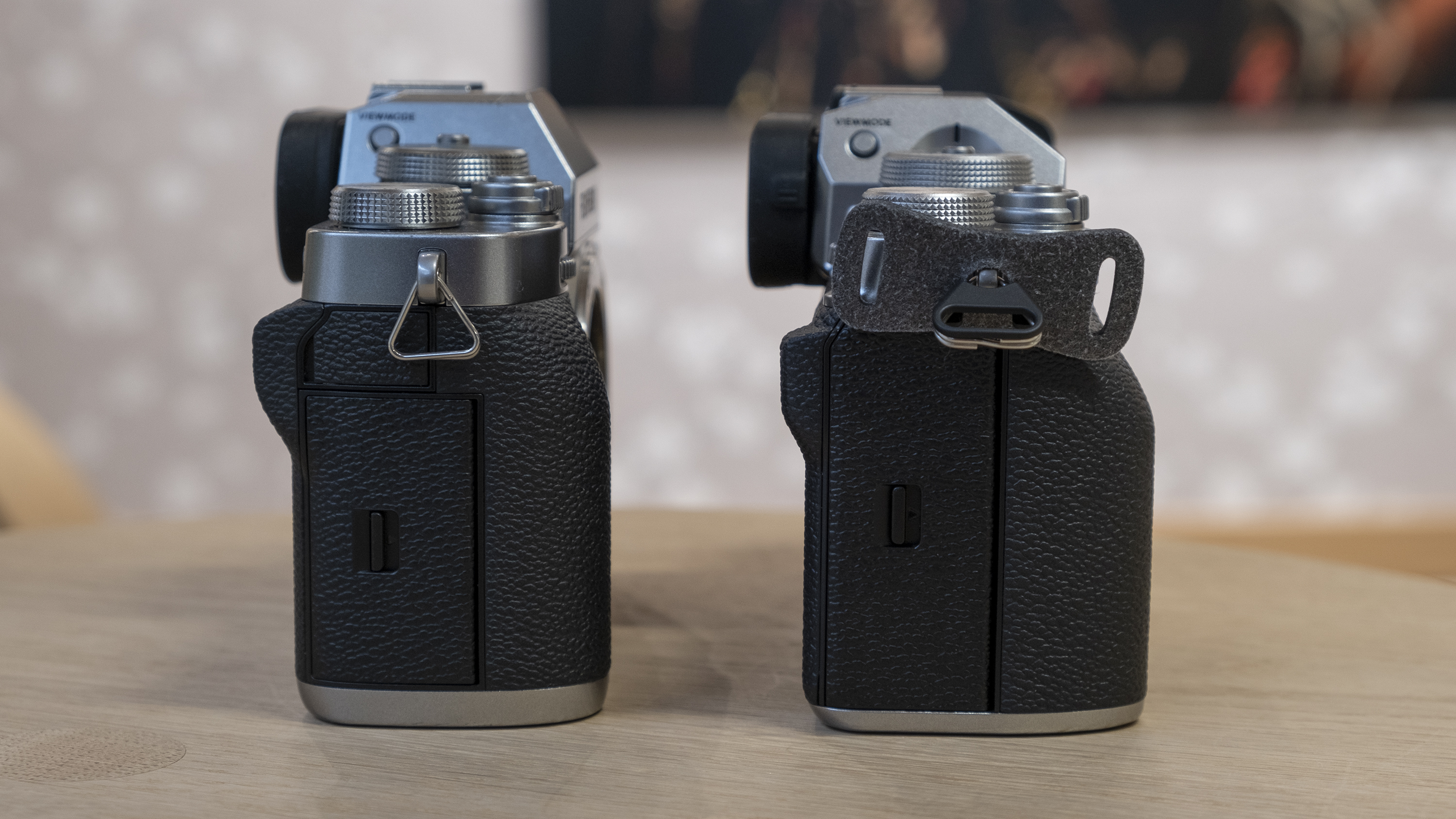 This increases the stills-per-charge figure from 390 to 500, based on use with the 35mm f/1.4 lens. There’s an Economy mode that increases this to 600 frames.

The effect on video longevity is similarly huge. You can shoot 85 minutes of continuous 4K video (30fps) with the X-T4 from a charge, or 55 minutes with the X-T3. Much like IBIS, a longer-lasting battery makes the X-T4 a significantly more versatile travel camera.

You can also buy a VG-XT4 battery grip, which increases shots per charge to a massive 1700, similar to a Nikon D850 DSLR. That grip holds two additional batteries and automatically switches to a fresh one when the other one runs out of charge, which is particularly handy for video shooters. 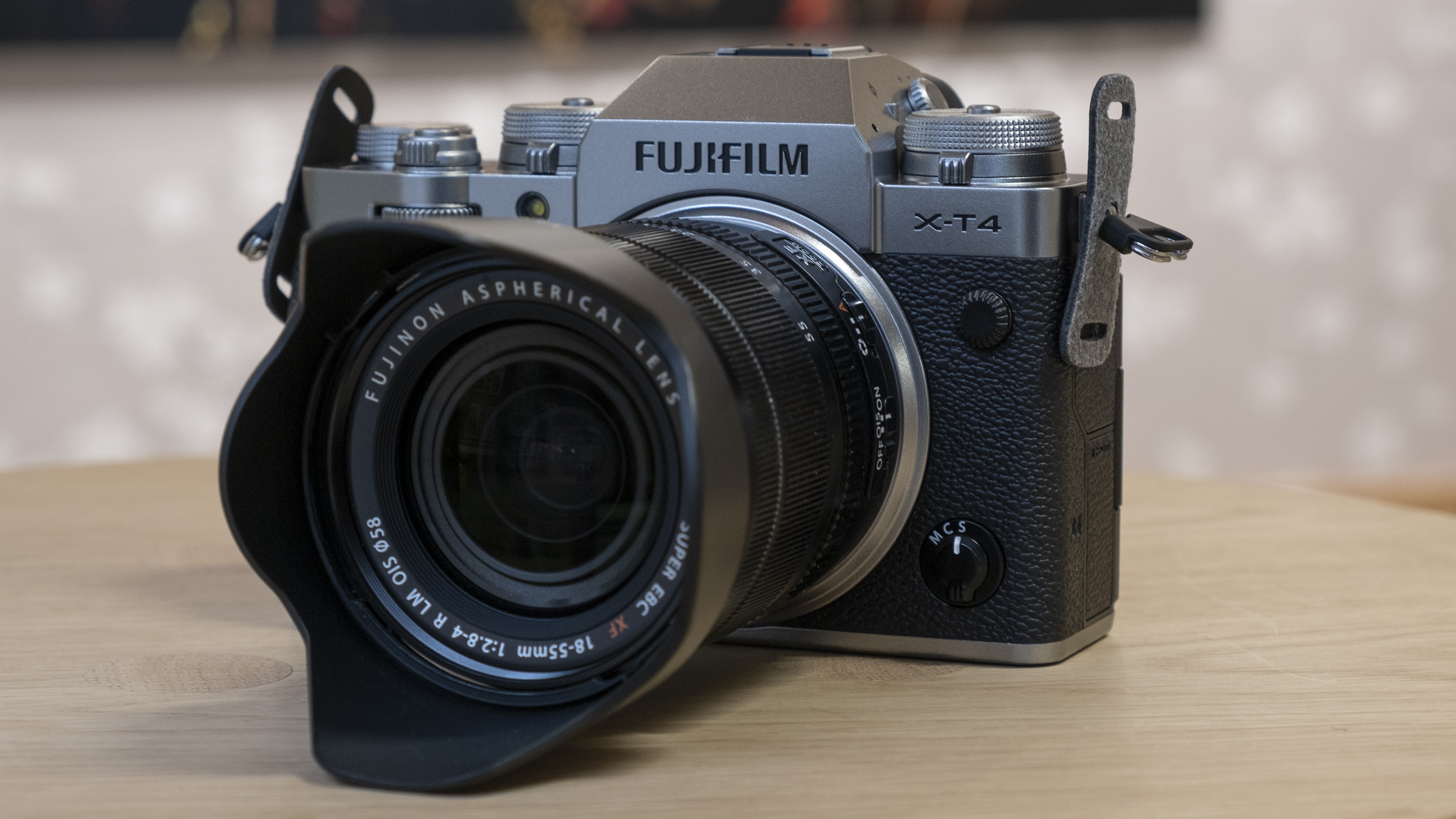 The Fujifilm X-T4 might not sound like a huge upgrade, particularly for stills shooters. It won’t take significantly better pictures than the X-T3 in a studio or stabilized setting, its EVF is the same and so, roughly, is the autofocus system.

But versatility across a range of shooting styles has been much improved. IBIS opens up handheld photography dramatically for stacks of our favorite XF lenses. And a bigger battery means you can go through a photo-heavy day without needing to carry a spare.

The larger battery also narrows the gap between the X-T series and the Sony A6600, which is rated for a mammoth 830 shots. We'll bring you our final verdict on whether or not it's the best APS-C camera so far in our full review very soon.