In an age where a small number of tech giants own huge swathes of social media and digital services (Google, Apple, Facebook, and the like), even a single conference event from one such company can have wide repercussions for the way we consume media day to day.

This week we were treated to Facebook’s annual F8 conference in California, which had a flurry of announcements for the coming year, covering everything from app redesigns to VR headset releases.

We’ve run through everything from the conference that looks set to shape the industry – or, at least, Facebook’s share of it – in the year ahead.

Oculus Quest and Oculus Rift S coming in May
The social media giant has bet big on VR as the next big computing platform, and Oculus’s range of VR headsets is how Facebook plans to do that. The standalone Oculus Quest headset (with built-in movement tracking) and PC-tethered Oculus Rift S will both be landing on May 21, both for the price of $399 / £399 (around AU$730).

Both are also available now for pre-order and will be replacing the previous Oculus Rift model. 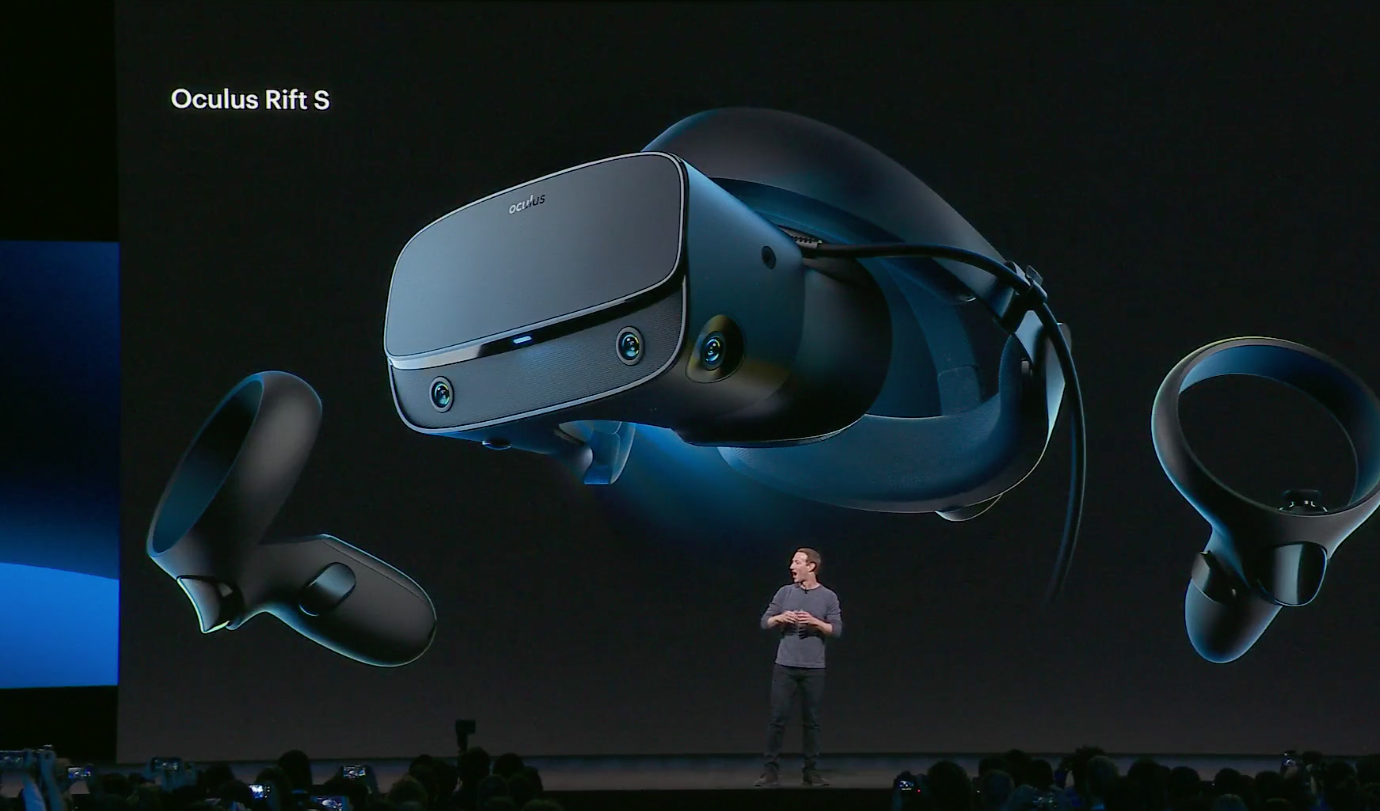 Messenger getting desktop apps
Facebook’s Messenger app will be getting dedicated desktop apps for PC and Mac. They’ll be based on the smartphone apps for the chat service, and will incorporate Messenger dark mode.

The Messenger app is also being rewritten from the ground up – partially to reduce its size to below 30MB and speed up in-app processes, but also to pave the way for its integration with Instagram and WhatsApp’s chat services.

Messenger gets end-to-end encryption
Worried about your data privacy? Facebook doesn’t have the best reputation for handling sensitive data – despite having a lot of it – but encryption for Messenger will make your gifs and threads that little bit safer from prying eyes.

Facebook app gets a reskin
The mainline Facebook app is getting a redesign, from a rejigged logo to a heavier emphasis on Facebook Groups. The so-called FB5 update will also bring some tweaks to comment reacts to make that angry face all the more, well, angry.

Facebook Portal comes to Europe and Canada, with a host of new features
Facebook’s take on a smart display, the Portal and Portal Plus, are rolling out beyond the US after not selling as badly as everyone expected. An upcoming update will bring in support for Facebook Live (for sharing live video) and Instagram feeds, to make the device more compatible with smartphone applications – as well as support for WhatsApp calls.

Facebook Dating wants you to hit on your friends
In case you wanted to Facebook to know your sexual preference too, the Facebook dating service is still live and rolling out to more countries over the coming months (15, up from five).

A new feature called "Secret Crush" will also allow you to name nine of your friends you have an interest in, and see if they return the compliment.

Instagram wants you to buy more, stress less
The other social media platform owned by Facebook was also present at the conference, announcing changes to make it easier than ever to immediately buy something an influencer is wearing in your Instagram feed.

There will be some changes to the Instagram interface, allowing for more in-app content creation tools (though the details are currently vague), while the platform is also toying with the idea of hiding the number of likes user posts get – to try and reduce the sense of competition between impressionable users.

Why does it matter?

A number of app tweaks and wider service rollouts may not seem like drastic stuff, but together they mark some key trends in how Facebook is affecting our communication systems.

There's a notable push towards user privacy, which has been a contentious topic over the past year or so – with Facebook being hit by a massive $5bn fine for its mishandling of user data. And the platform will need to keep making good on its privacy promises to maintain users increasingly tired of being apologised to.

The likes of Facebook and Instagram already have a hold on our attention – and their move towards more private messages and encryption, and an awareness of the toll constant exposure can have on their users' well-being, hopefully shows a social media landscape starting to mature.