Update: A new rumor suggests Apple will widen support for its ECG monitor and adopt a new ceramic casing with the Apple Watch 5.

Apple's smartwatch series if one of the best selling on the planet and adorns wrists all over the world – but it's not perfect. The Apple Watch 4 is the company's most elegant device yet, and it's packed with lots of brand new top-end features too.

The Series 4 saw Apple introduce an ECG monitor – although that's not a feature that has been activated on the watch yet – as well as fall detection and a refreshed design that ensures existing straps can still be used but offers more screen for users.

So why are we already talking about the Apple Watch 5? If the last few years are anything to judge by, it won't be long until we hear from Apple about a new device.

At the moment we're expecting it to be called the Apple Watch Series 5, and below we've put together all of the rumors we've seen so far. Those rumors are lacking so far, so more importantly you’ll find a selection of improvements we'd like to see on the next smartwatch from Apple.

We don't currently know when the Apple Watch 5 will launch, but we can take an educated guess. It's worthwhile buying the Apple Watch 4 right now as the device is only a couple of months old and we don't expect to see a refresh from the company until September 2019.

The Apple Watch 3 and Apple Watch 4 were both introduced in September of their respective years, so we'd expect the company to follow a similar suit for its next device.

Often Apple introduces devices and then releases them 10 days later too, so once you've heard about the Apple Watch 5 it probably won't be long until you can buy one.

So far we've yet to hear little detail about the Apple Watch 5, but one report may give us a hint at what we'll see. The first important report comes from trusted Apple analyst Ming Chi Kuo who has said the company may be set to introduce a "new ceramic casing design" on at least one model.

Kuo also believes Apple will bring support for the ECG monitor to more countries with the Apple Watch 5 – although that may also be a software upgrade for the Apple Watch 4 too – as well as a new way to charge your watch.

He believes Apple will adopt two-way wireless charging on its next generation of smartphones, which would mean you'd be able to place your Apple Watch on the rear of an iPhone 11 and charge it up using the phone's battery.

Little else is known about the Apple Watch 5. Consistent rumors surface every year with Apple patenting round screens and a variety of other technologies, but at the time of writing we have no reason to believe these are true for this smartwatch.

Apple Watch 5: what we want to see

A new smartwatch from Apple hopefully means some meaningful innovation.

The Apple Watch doesn't have the worst battery life for a smartwatch, but neither does it have the best.

The Apple Watch Series 4 does have the best battery we've seen on a smartwatch from the company so far… but we always want more.

Apple may be able to improve its processing tech to eek more out of the battery that's already inside or perhaps the company will include a larger cell to result in improved battery life.

Apple may even take a radical step and include a low battery mode like we've seen on other watches, such as the TicWatch Pro.

2. A wider selection of apps 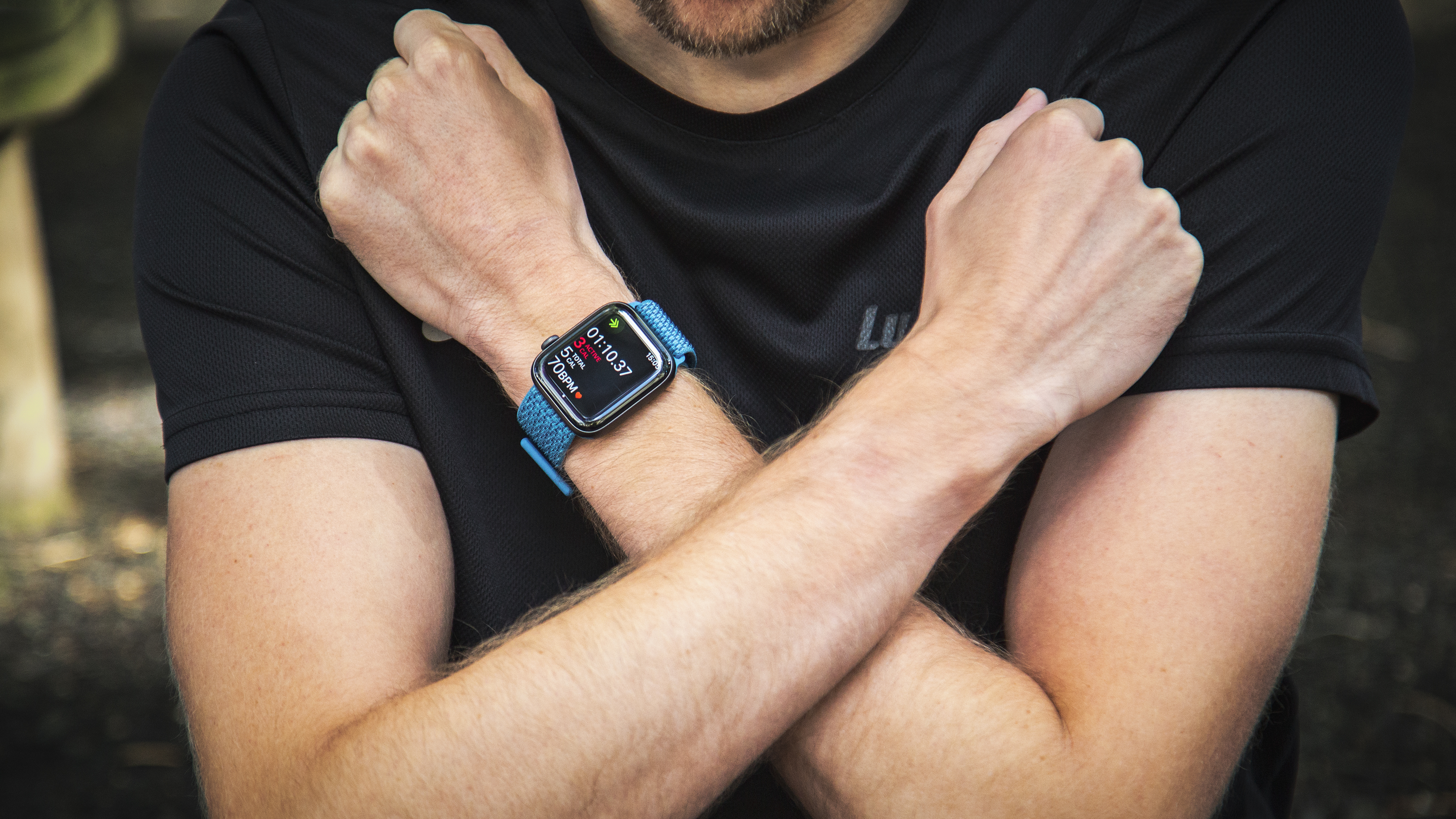 This is something that would improve the entire Apple series of wearables. We've seen some major players drop support for Apple Watch including Instagram and Slack, and we'd like to see Apple invest in getting those users back onto watchOS.

If it can't get the big name services, we'd like to see Apple get developers more involved in the platform to create innovative apps for the service that compete with Tizen and Wear OS.

3. And something special for Spotify

2018 saw the debut of a Spotify app on your Apple Watch, but it's not what everyone wanted. You can currently only use it to control music on other devices, meaning you can't download albums or playlists directly to your watch.

Apple Music does allow that on the Apple Watch, so why can't the company include similar support for Spotify? In fact, we'd like to see the company embrace support on its wearable for Tidal, YouTube Music and a variety of other streaming services too. It’d be a major step for Apple to open up like this and in return it'd mean a lot for certain users.

Apple's sleep tracking technology isn't the best on the Apple Watch, and we have found it doesn't always track each night's sleep with great accuracy. We'd like to see the company focus on improving this feature that some find essential on their smartwatch.

You can buy a variety of different sleep monitors that can be installed under your sheets, and we'd like to see Apple embrace its top-end heart rate tracking tech to rival some of these.

It's another one we're always asking for, but the Apple Watch does still feel thick on your wrist. The Series 4 in 44mm does feel thinner because it's larger, but it's still a thicker device than some other smartwatches money can buy.

Apple may be able to trim it down a touch further too by including smaller processing tech and perhaps a new battery tech. We don't know how Apple can do it,  but we'd like it to.

Here's the one on the list we're almost certain won't happen, but we're including it anyway. We'd like to see the Apple Watch 5 include support for Android devices.

In the five years since the announcement of the original Apple Watch we've always wanted this, but the company has kept compatibility limited to its own iPhone line.

Android Wear started out as a platform for those with Android phones, but a few years in the company opened it up for support with iPhone. That has been a major boon for the company and at last count over a third of its users were on iPhone. Wouldn't that mean a surge in sales for the Apple Watch if it suddenly worked with Android devices?

Apple has made one of the best smartwatches money can buy, why not share it with everyone? It probably won't happen, but we can dream. 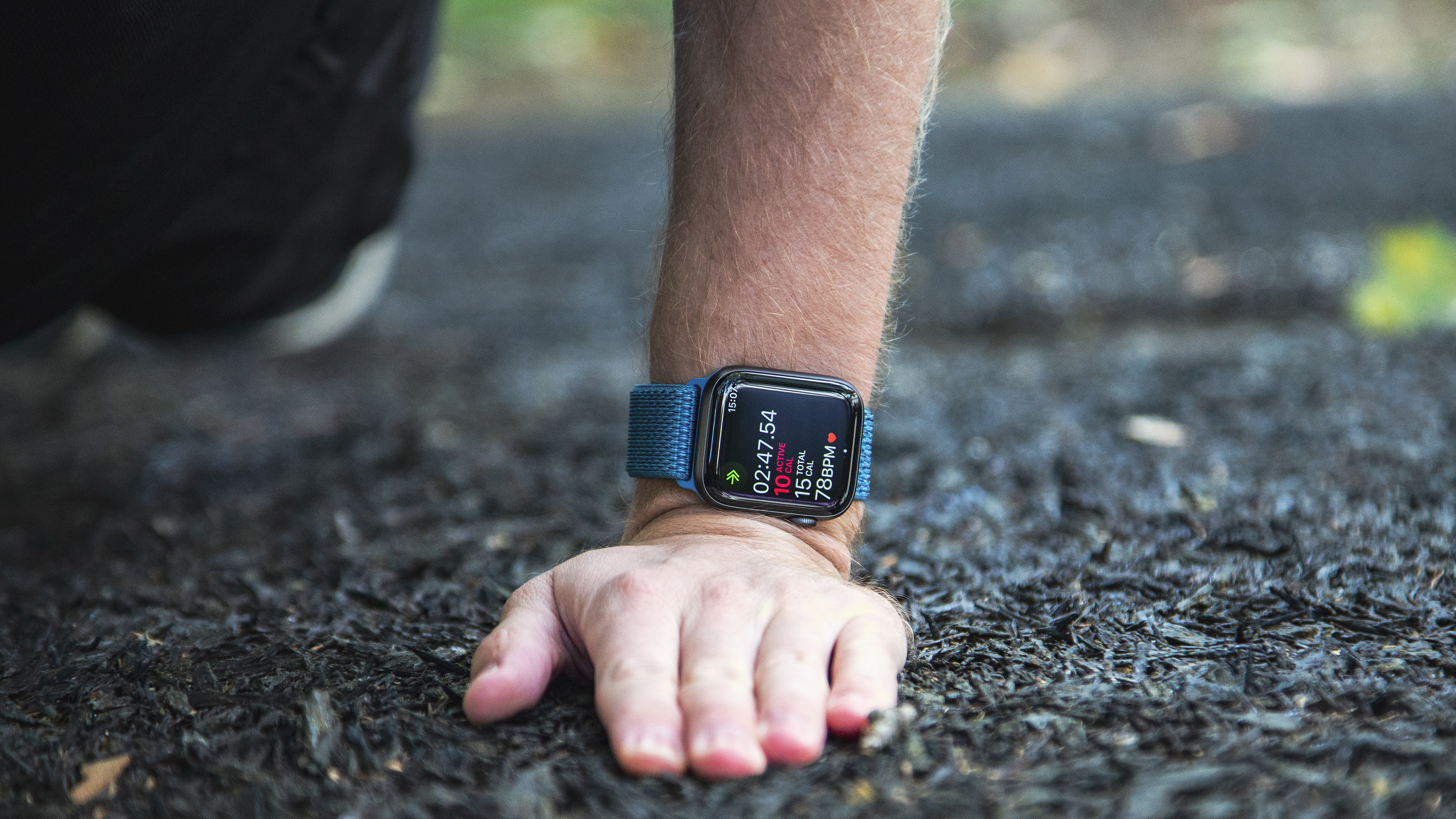 You might not be able to use the feature right now, but allowing for a electrocardiogram (ECG) easily on a smartwatch is a gamechanger for anyone who's worried about their heart health. We'd like to see Apple follow that up with another feature that makes our jaws drop on the Apple Watch 5.

That's an easy task, right? It's thought the new ECG feature on the Apple Watch 4 is set to be embraced on a variety of competing smartwatches from other manufacturers coming in 2019 proving Apple is a trendsetter with this tech.

We don't currently know what that next thing will be, but we're sure the brains at Apple are already trying to come up with that new tech. Perhaps a device that's suitable for those who suffer from diabetes? Only time will tell.