It's going to be a while before you can use Android 11 on your phones, as it's only set to start rolling out towards the end of 2020, but we already know a few features it might bring since the company has released a few developer previews already.

Developer previews are version of the operating system released ahead of time so app developers can see all the new features, but inevitably these features end up getting leaked online, so we have a good glimpse at Google's upcoming operating system update.

The official reveal of Android 11 was going to happen on June 3, but that date has now been pushed back. Typically it would have landed at Google IO 2020 in May, but that event got canceled.

The 2020 Android update is set to be called Android 11 – that’s not speculation, but fact, since Google has confirmed the name itself. This follows, because with Android 10 Google pledged to follow a numerical system of operating system organisation.

That means while Android 9 was Android Pie, Android 10 wasn’t Android Quiche, and Android 11 won’t be Android Rhubarb and Custard (sadly) or Android Rocky Road – but it will be packed with updates and, likely, a few long-awaited features.

Update: A focus on smart home controls has been shown off in the latest Android 11 developer preview, but we're still not sure when the Android 11 public beta will arrive.

Google tends to unveil some of the features of its newest operating system at Google IO in May, before releasing the OS for Pixel phones with an Android 11 release date of sometime in September – in 2019, for example, it debuted on the Pixel 4.

We know that Google IO 2020 isn't happening in 2020 thanks to coronavirus concerns. Having originally booked an replacement online event for June 3, Google has now decided that isn't happening either.

Subsequent betas will land in July and then August, followed by the finished release probably in September.

After that, different smartphone brands will have their devices eligible for the update slowly over time. The OnePlus 7T and 7T Pro were the first non-Google smartphones which came with Android 10 in the box, but it could be a different company for Android 11.

Not all smartphone manufacturers upgrade immediately, however, and it’ll likely be some time in 2021 that all smartphones that can upgrade, have had the upgrade made available. 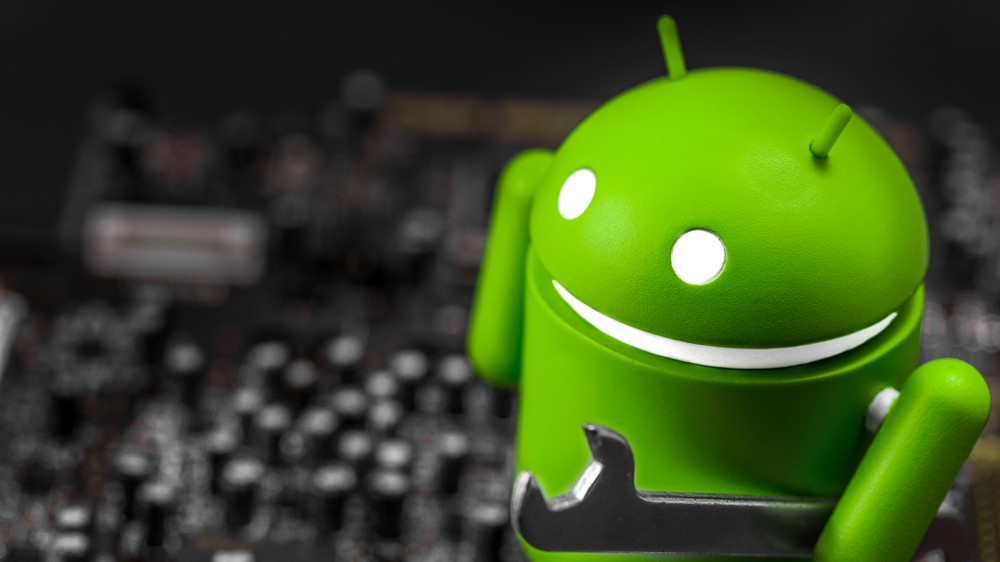 The main Android 11 information we know of comes from various Android 11 Developer Previews, the first of which was unveiled to software developers in mid-February 2020.

The latest of these previews has highlighted smart home controls, with Android 11 bringing up toggles for all your supported smart home devices with a long press of the power button. You can see how this would look below. 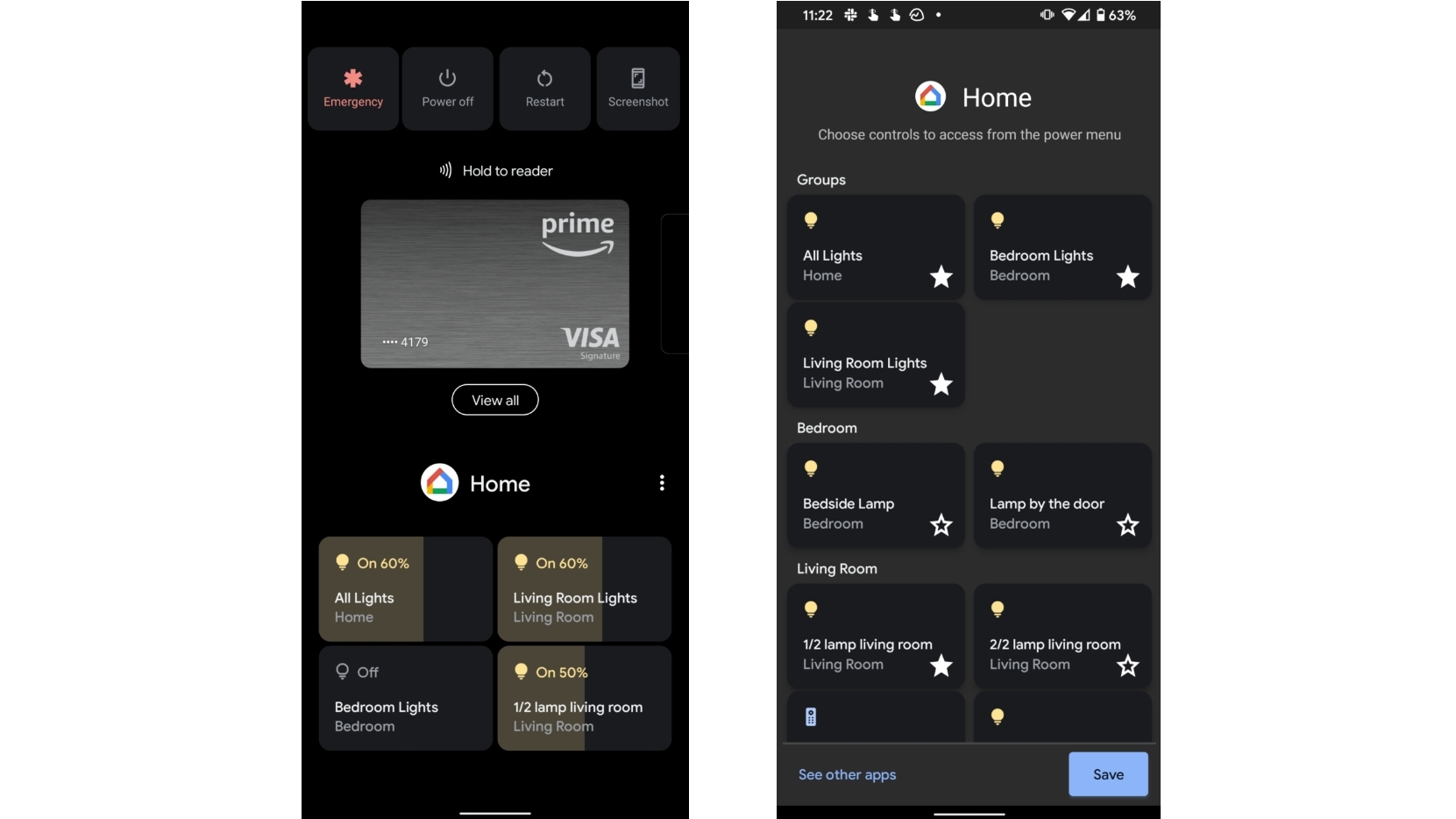 Beyond that, an important Android 11 feature seems to be how apps can now find out if you're on 5G, continuing a feature which lets apps distinguish whether you're on 4G or Wi-Fi connection. This would optimize content and performance for however you're connected, likely stopping you draining loads of data unnecessarily.

Additionally, it seems that the notification bar in Android 11 will have its own messaging tab, so notifications from ongoing conversations, or from other apps, will be divided to let you ignore some if you want.

Some smartphones let you schedule a night shield, so that past a certain time blue light from the screen is reduced. Well, it seems Android 11 will have a similar function but with dark mode, so you can schedule when dark mode is enabled. Hopefully that also means dark mode will be rolled out to far more

An Android 11 feature that will please the security-minded is changed app permissions. Typically, for an app to use your camera, access your contacts, or anything else like that, you need to grant it permission. It seems in Android 11 you can choose to give permission 'Just this once', so you know exactly when the app is accessing other parts of your phone.

If you often have trouble lining up your smartphone on its wireless charging pad, it seems Android 11 might come with a fix for that. It'll show you an error message when your phone is poorly aligned, so you know you need to shift the device to get the full charge.

Another feature that some people might love? Now, when you're connected to Bluetooth headphones and you turn on Airplane mode, the Bluetooth won't disconnect from everything. This'll save some people a lot of annoying hassle.

Before the developer preview, Google also confirmed an Android 11 feature called ‘Scoped Storage’, which was initially meant to be available in Android 10, but Google pushed it back due to complaints from Android developers.

Scoped Storage is a new way of organizing what information and files your apps can read – in short, it makes memory read speeds much quicker, improves your security, and stops you needing to give every new app permissions.

The third Android 11 developer preview also showed us some more features that might be coming in the future smartphone update.

The most important new change is that you can now dismiss all notifications, including those you previously couldn't like Bluetooth alerts, charging reminders and more. This is sure to clean up lots of clutter for some people.

The Recents menu is seeing some changes too including an undo button for if you accidentally close an app you didn't mean to, a screenshot button so you can capture a screenshot without actually opening the app, and more.

Some buttons are having their sizes tweaked, so you don't accidentally miss them, and the 'Volume' menu is getting changed to 'Sound' for some reason.

Also there's an option to hotspot your phone via ethernet cable, not Wi-Fi or Bluetooth, for if you have the right cable to do so.

What we want to see in Android 11 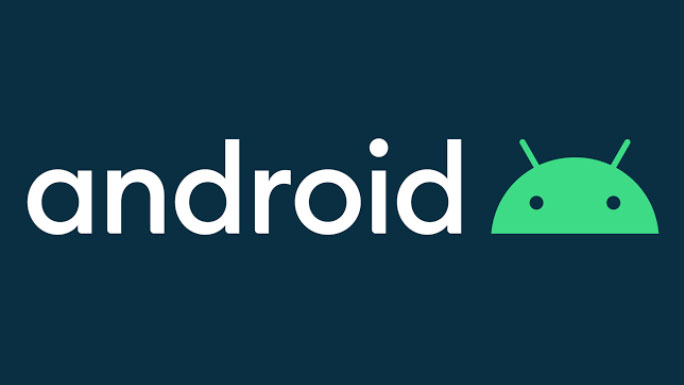 These are the improvements we'd like to see in Android 11, that we still don't have in the latest build of Google's operating system.

With Android 10 came the removal of Android Beam, which let phones share files over NFC. All you had to do was tap phones together to share files, but it's gone now.

It'd be useful to have some easy-to-use alternative that lets you share photos, videos, music, or other files just by pressing the phones against each other – at the moment it can be quite a hassle to use a specific app to do so, and Apple's Airdrop is a useful feature that has no equivalent in Android. 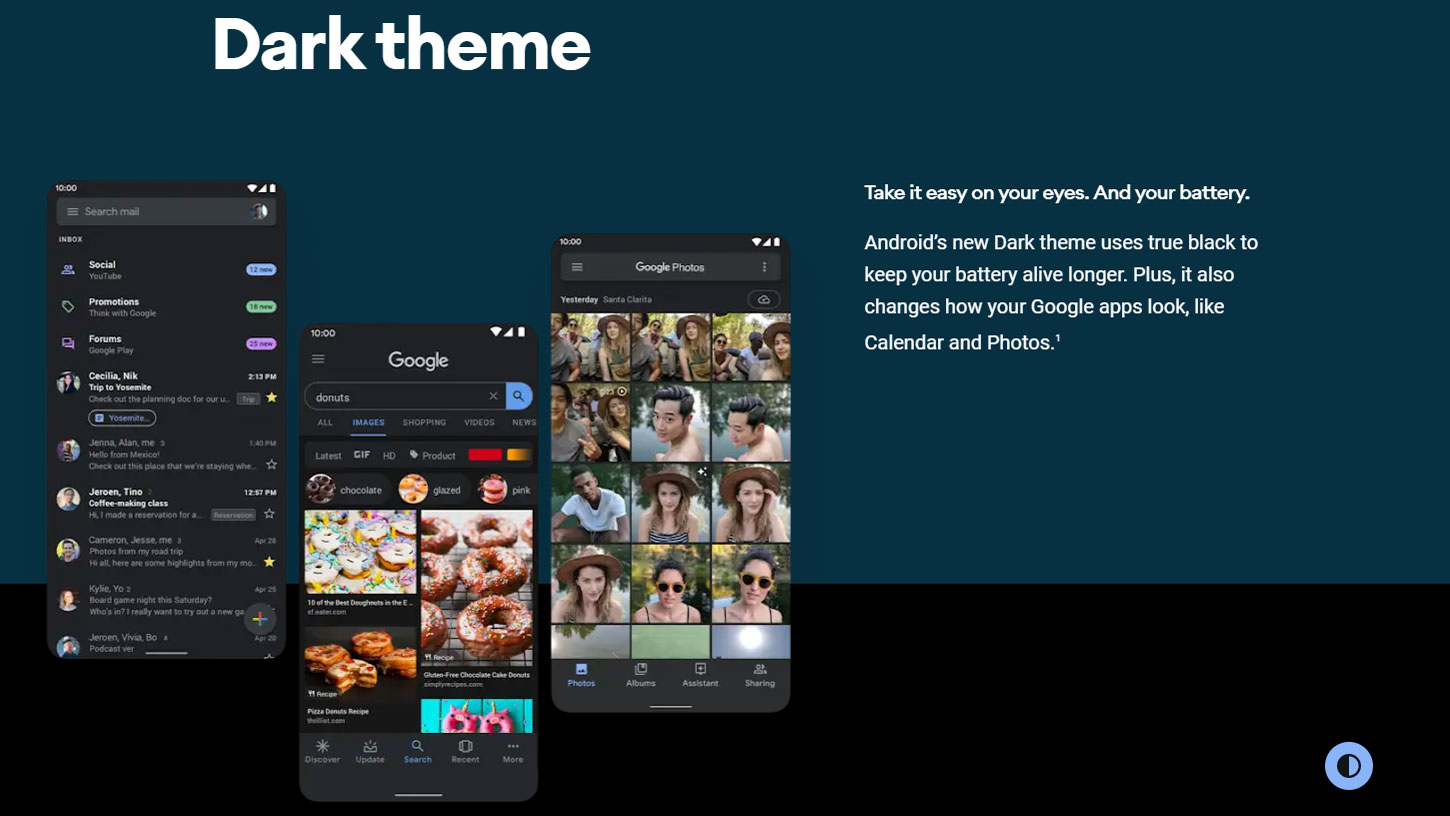 Dark mode isn't for everyone, but those who use it love it – or they want to, at least, but in Android 10 it has a lot of problems.

Firstly, not that many apps have their own dark modes, not even all Google apps, so using your smartphone with dark mode on can often see you jumping straight from dark apps to light ones, and back again.

Secondly, on apps that do have dark mode some text isn't color-swapped, and can remain invisible – this actually happens on Google search, so you can't see suggested results.

For dark mode to be useful on Android smartphones, it needs to actually be usable for most apps, instead of just an optional toggle here and there.

One of the new features of Android 10 was the introduction of chat 'bubbles', similar to Facebook Messenger, laid over the top of other apps, that let you see all your conversations over several apps all in one easy-to-access format.

Not all apps are compatible though, and while some of those that you use to message people, there are many that aren't, with only the main text app Messages, and Google Hangouts, compatible. That means if you want to have conversations over various apps, for the most part you're still going to be using those apps.

It'd be really useful if more apps became compatible – WhatsApp, Facebook Messenger, Instagram, Twitter, and perhaps even dating apps! Then, it'd be incredibly easy to keep on top of your various conversations across all the different apps that fill up your phone.