Update(June 5): Ahead of the launch the price of the smartwatch has been revealed on Amazon.in. It will be priced at Rs 9,999 and will be up for pre-order from June 7. However, the site doesn't mention any launch date, yet.

The Amazfit T-Rex an out-door focused smartwatch which was first unveiled at CES 2020 along with the Amazfit Bip S. The Amazfit Bip S is slated to launch in India on June 3 and the pricing for the same has also been revealed. 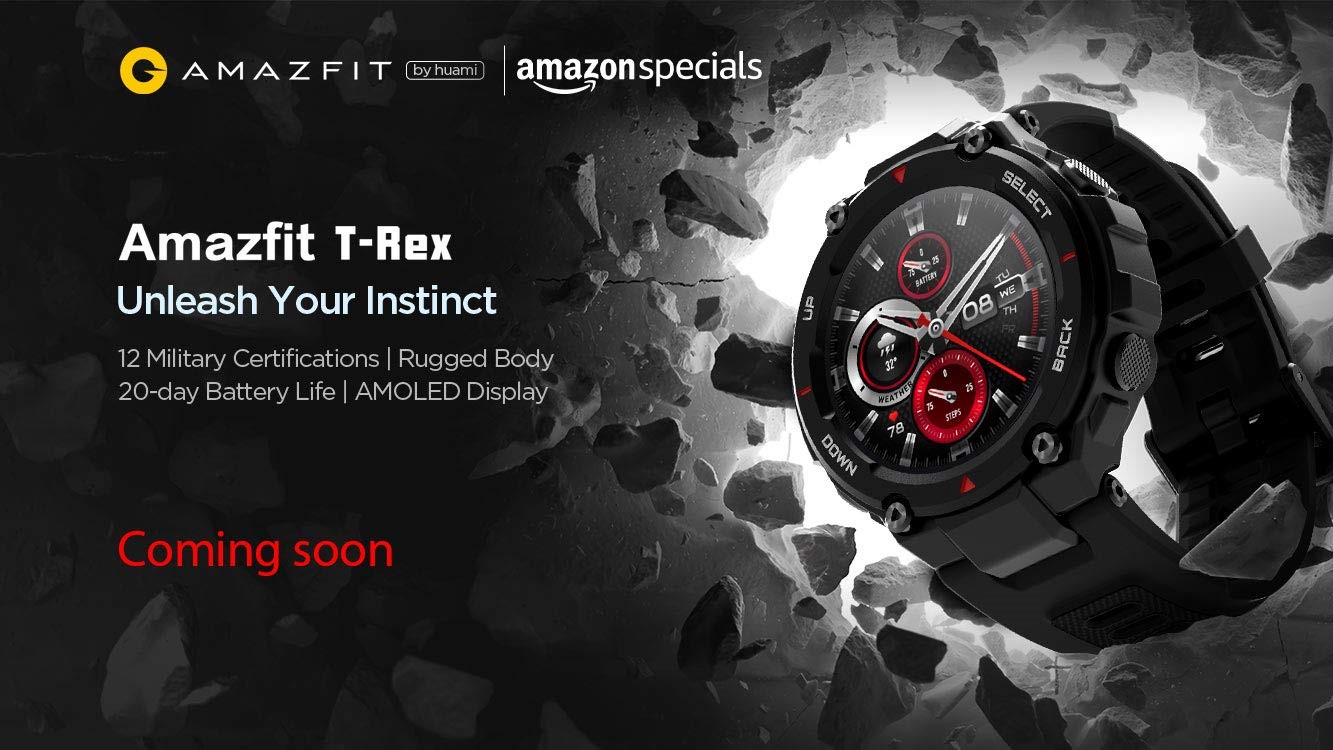 The watch comes with a 1.3-inch AMOLED screen with Always on Display and raise to wake feature. It comes with a rugged body with 12 military certifications. The watch can thus survive in extreme heat as well as extreme cold. For navigating and controlling the watch, you get four buttons, two on each side.

Coming to the battery life, Huami claims it can last up to 20 days on a single charge. And, if not connected to your phone, you get up to 66 days which the company calls “basic watch mode”. The watch harnesses Bluetooth 5.0 and is packed with GPS+GLONASS for tracking. Furthermore, the watch is capable of pushing the notifications from the phone apps, weather updates, reminders, calls, etc. when you are connected via Bluetooth. It will also notify you when are inactive.

The Amazfit T-Rex comes with 5ATM water resistance which means it can survive during rain or workout. There are 14 different sports modes including running, walking, pool swimming, and cycling. For outdoor, it includes hiking, skiing, open water swimming, and tracking triathlons.

Lastly, for the sensors, the watch is packed with a BioTracker PPG optical sensor and heart rate sensor. The watch will be available in four colour options: Gun Grey, Rock Black, Camo Green, and Khaki.